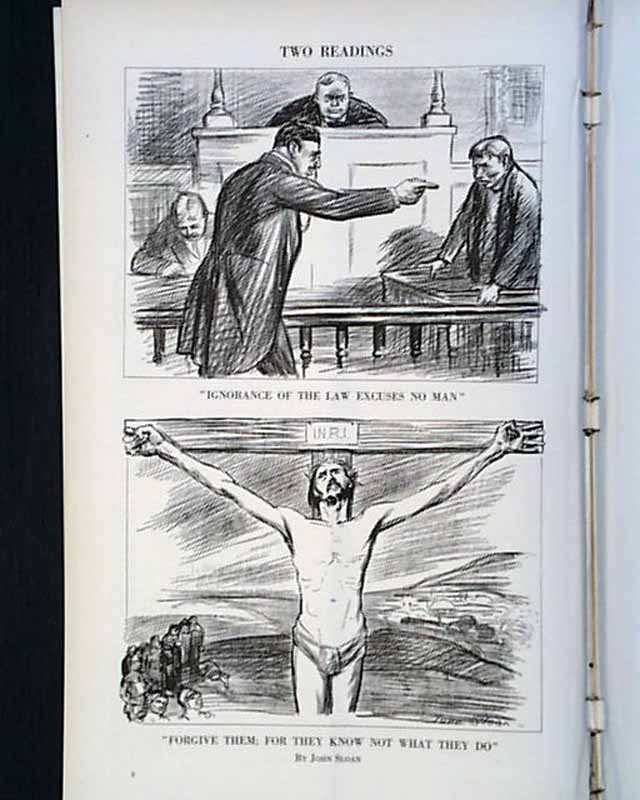 In this issue there is a page that has two illustrations under the title of  "Two Readings" but seperatly they are called "'Ignorance of the Law Excuses No Man'" and '"Forgive Them; For They Know Not What They Do'", both by John Sloan. There are several articles in this issue including "The Invisible Government at Washington" by A. J. McKelway; "The Newest Theater" by J. M. Howells; "Two Kinds of Mothers" by N. H. and "Current Athletics" by Herbert Reed. There are also several illustrations which include "The Parcel Postman: 'Go Ahead--Say Something. Everybody Does'" by Stuart Davis and the double page illustration by Maurice Becker called "Two Kinds of Mothers" which goes with the article mentioned above. Also in this issue is a full page photo of "Where Ignorance is Bliss" plus much more.