Home > Back to Search Results > The Territory of Hawaii...
Click image to enlarge 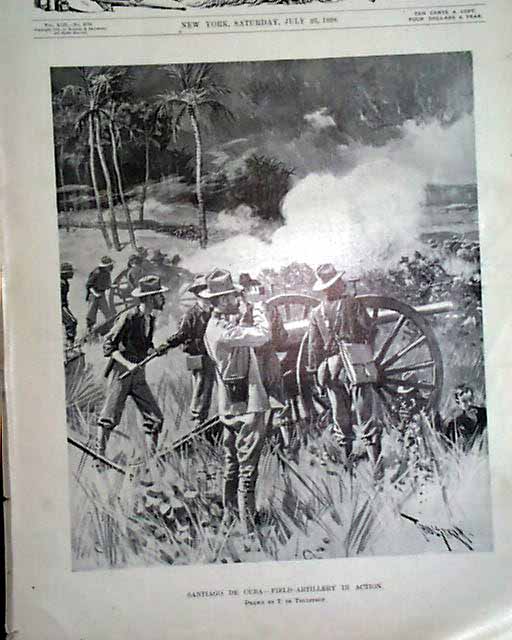 The Territory of Hawaii...


HARPER'S WEEKLY, New York, July 23, 1898 A nice full frontpage illustration 'Santiago de Cuba--Field Artillery in Action'. "Diary of the War" is in an inclusive feature. Two pages with three photos on 'Operations Against Santiago'. The doublepage centerfold is 'The Invasion of Cuba' includes 11 photos. More photos on the war.  An article on "Captain Gridley's Funeral" also features accompanying photos and illustrations. A full page "The Harbor of Honolulu, the Capital of our New Territory in the Pacific" includes three photos. A nearly full-page illustration "The Sinking of the French Line Steamer 'La Bourgogne,' July 4". An article "The Hawaiian Islands" also features the photos of the "Commissioners appointed by President McKinley for Framing laws for the Government of the Territory of Hawaii". A continuing story "The Associate Hermits" is illustrated by A.B. Frost.
Complete in 24 pages.