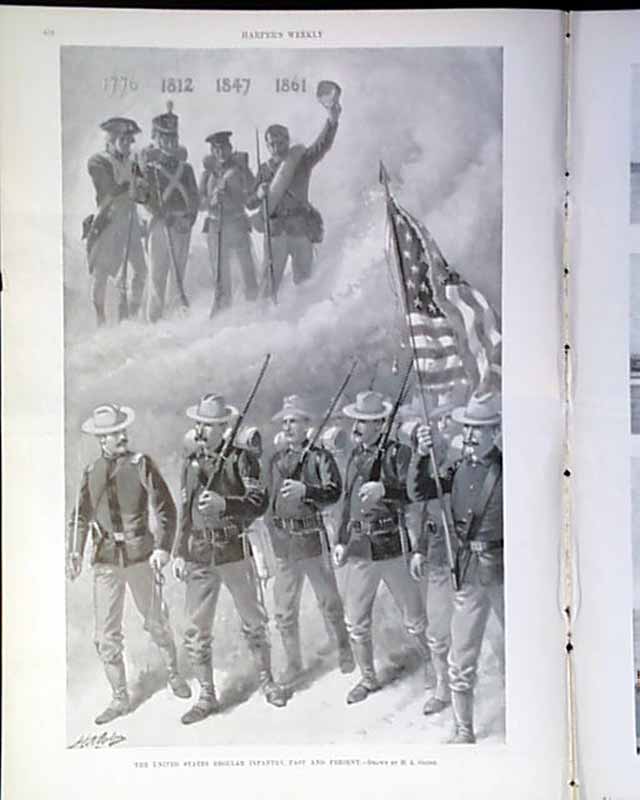 
HARPER'S WEEKLY, New York, April 30, 1898  Famous full ftpg. illustration: "Cuba Libre!" shows a woman draped in the Cuban flag set free from her shackles. There is a full page illustration of "The U.S. Regular Infantry, Past & Present". A full page has 3 illustrations titled "With the North Atlantic Fleet at Key West" and another has 7 photos titled "With the Flying Squadron at Hampton Roads, Virginia."
The double page centerfold has 13 photos: "Afloat and Ashore at Key West." A full page has 10 illustrations of: "Behind the Scenes at the 'Wild West' Show" which includes 4 showing Indians. Another page has 9 photos of: "On Board the Flag-Ship 'New York,' at Key West" and much more.
Other news and advertisements of the day are included. This issue is complete in 24 pages.