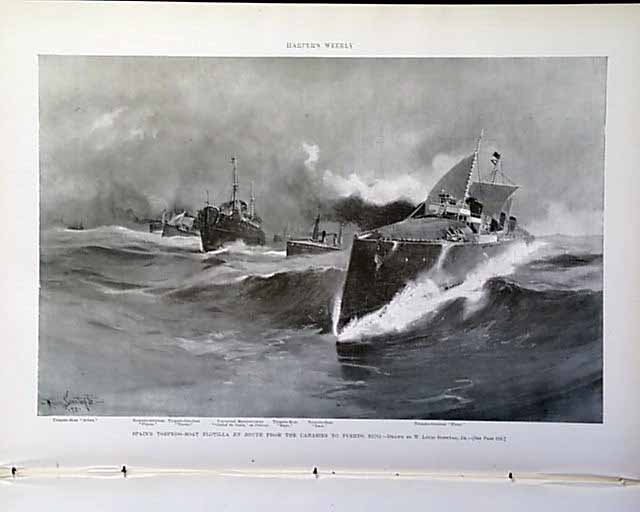 
HARPER'S WEEKLY, New York, April 9, 1898  The front page has cameo photos of 7 "Prominent American Naval Commanders" including Sampson & Schley. There are two full page illustrations: "The Flying Squadron--Early Morning at Hampton Roads" and "Spain's Torpedo-Boat Flotilla En Route from the Canaries to Puerto Rico". There is another full page illustration called "In the Senate".
The double page centerfold has 12 small illustrations "From the Seventy-Third Annual Exhibition of the National Academy of Design, New York". Also, there is a full page with an article and 5 photos titled "Busy Times at Arsenals".
Other news and advertisements of the day are included. This issue is complete in 24 pages.