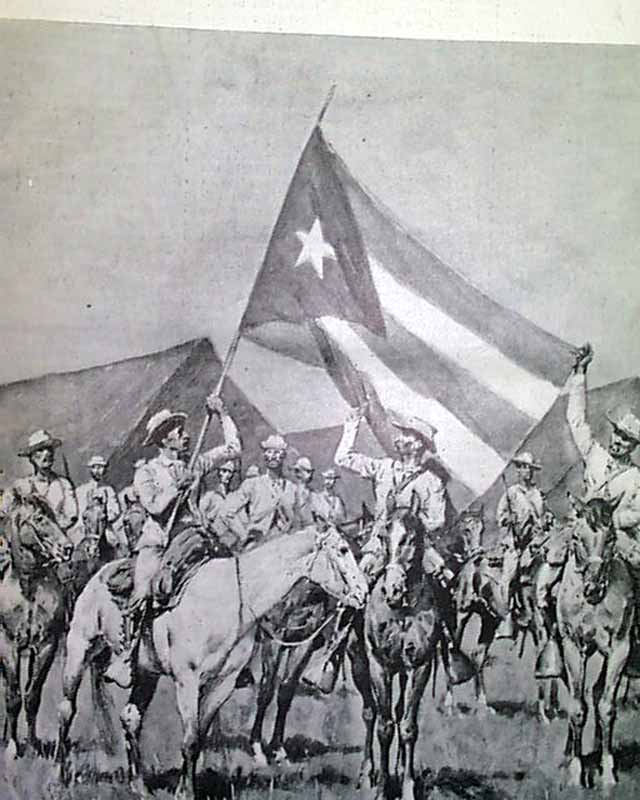 
HARPER'S WEEKLY, New York, March 7, 1896 The full front page is a Frederic Remington print: "The Flag of Cuba--Insurgent Cavalry Drawn Up For A Charge". Inside has many photos on: "The Cuban Insurrection--Scenes Among the Opposing Forces" "Street Scenes In Johannesburg During the Insurrection of January, 1896", a doublepage centerfold: "Fire Quarters In Action" "the Silver Service to be Presented by the State of Indiana to the U.S. Battleship 'Indiana' " and photos of: "Hassan Pashia" and "Shakir Pasha", plus other prints as well.