Home > Back to Search Results > City views of Boston...
Click image to enlarge 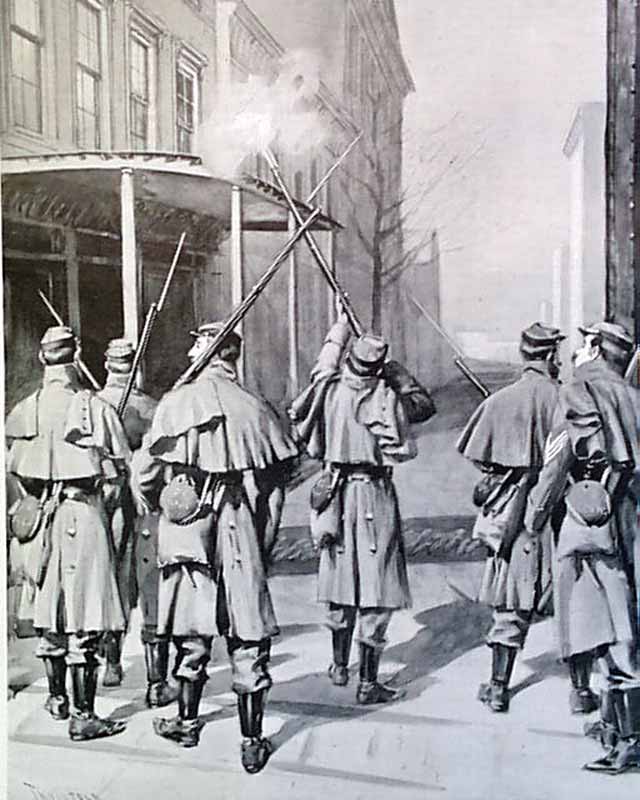 
HARPER'S WEEKLY, New York, Feb. 2, 1895 Dramatic full ftpg: 'The Strike in Brooklyn--Firing at the Mob'. Inside has five more pgs. of illustrations and photos on 'The Strike in Brooklyn'. Nice two-thirds pg. Remington military print: 'We Were Now Out of the Smoke' shows many soldiers with rifles. Dblpgctrfld. has 2 wide photos of: 'Panoramic Views of the City of Boston'.
Complete issue.