Home > Back to Search Results > The Johnstown flood...
Click image to enlarge 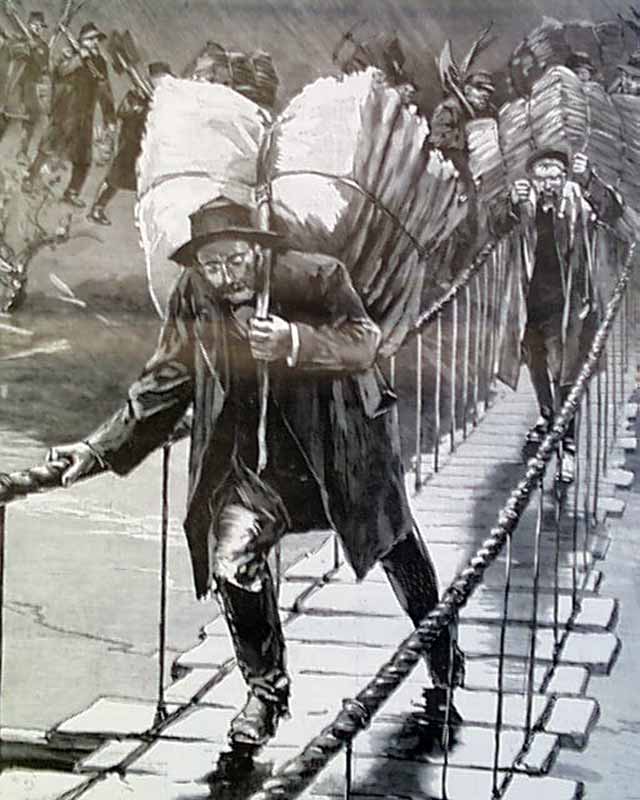 
HARPER'S WEEKLY, June 15, 1889 Full ftpg. shows: 'Relief Party Crossing the Temporary Bridge Erected over the Conemaugh'. Inside has a great halfpg: 'Bird's-eye View of Seattle, Washington Territory' in addition to much on the flood, including: 'After the Flood at Johnstown--Main St.' and a dramatic centerfold: 'the Flood at Johnstown--Scene at the Bridge' showing people being swept away. Plus a map of the devastated area, and two more full pgs. on the flood in addition to a Supplement attached which has another dramatic centerfold of: 'Johnstown, from South Fork Turnpike, Looking West' as well as two more full page illustrations relating to the flood.
Complete in twenty pages.