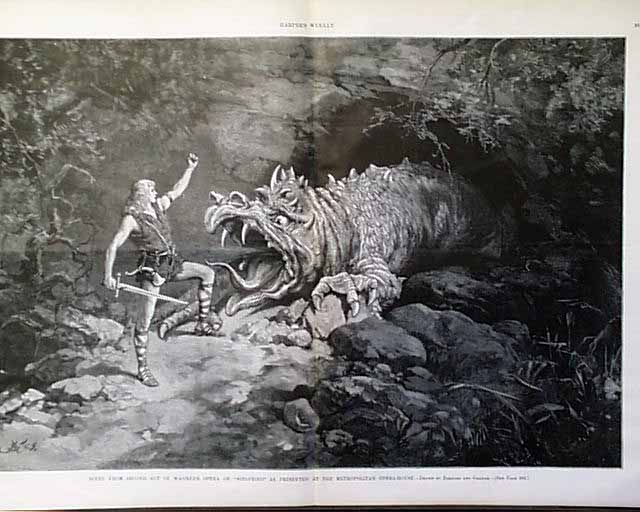 
HARPER'S WEEKLY, New York, December 3, 1887  The front page print: "Jules Grevy, President of the French Republic". Fullpg: "Panic Stricken Animals Of Barnum's Circus During A Fire". Halfpg: "Group Of Headmen Of The Crow Indians".
The double page centerfold: "Scene from Second Act of Wagner's Opera of 'Siegfried' as Presented at the Metropolitan Opera-House". A full page of "The Leading Artists of the Metropolitan Opera-House Company" and a political cartoon: "Nothing But Feed and Fight" by W. A. Rogers. Supplement's doublepage centerfold shows sketches along the Nicaragua Canal.
Additional illustrations, articles and advertisements are within. Complete in 16 pages.