Home > Back to Search Results > The Chicago Baseball Club, with Cap Anson...
Click image to enlarge 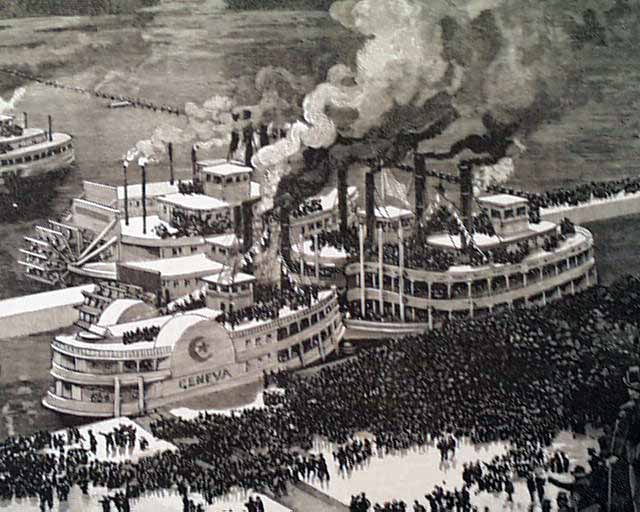 
HARPER'S WEEKLY, New York, October 17, 1885  An issue with many nice prints, but perhaps the most sought after would be the nearly half page print of: "The Chicago Base-Ball Club" showing all team members, with their names in the caption, in full baseball uniform. Hall of Famer Cap Anson is among those shown.
Other nice prints including a full front page of: "The Late Cardinal McCloskey"; "A Sail-Loft Down in Maine" showing sail making; "The Chinese Commission at Rock Springs"; a full page of "The Last of Flood Rock--Scene of the Hell Gate Explosion..." a nice fullpg. of "Opening of the Davis Island Dam, Near Pittsburgh" which shows eight paddle wheelers; and a full page montage of: "The Old New York Fire Department Celebration".
Other news and advertisements of the day are included. Complete in 16 pages.