Home > Back to Search Results > Death of the last of the founding Harper brothers...
Click image to enlarge 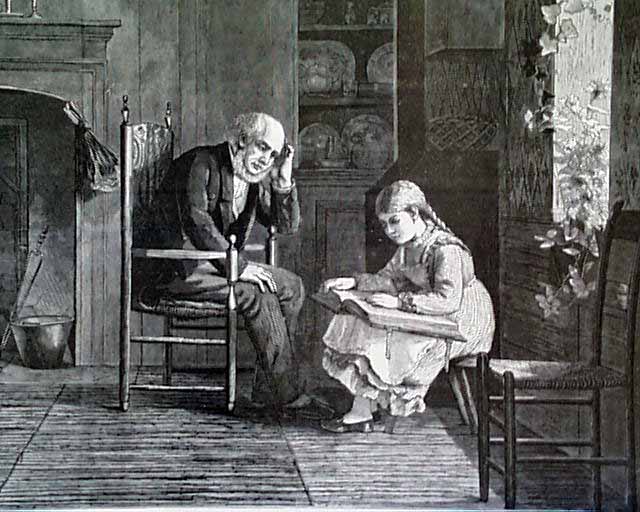 Death of the last of the founding Harper brothers...


HARPER'S WEEKLY, New York, June 16, 1877  The front page has a nice print of: "Fletcher Harper" who recently died, the last of the four Harper brothers who founded the many publication under the Harper's Publishing Company banner. The balance of the front page is a detailed biography of him and the publications he was involved in founding.
Other prints in this issue include a full page: "Reading The Bible To Grandpapa", a full page: "Sunday Service On Board a Pacific Mail Steamship", a dark & foreboding doublepage centerfold: "On The Red Danube--'Bless You, My Children!' ". Also a small print of "Hobart Pasha" with a biography of him; "Russian Field Guns Commanding the Danube at the Mouth of the Pruth" "Russian Troops at the Railway Station, Jassy", and "Discussing War News In a Cafe at Constantinople". There are also 2 small political cartoons.
The Supplement has: "Cape "Kalagria, Bay of Varna, Black Sea" and five: "Hudson Bay Sketches" with some text.