Home > Back to Search Results > Slavery, in print and in text...
Click image to enlarge 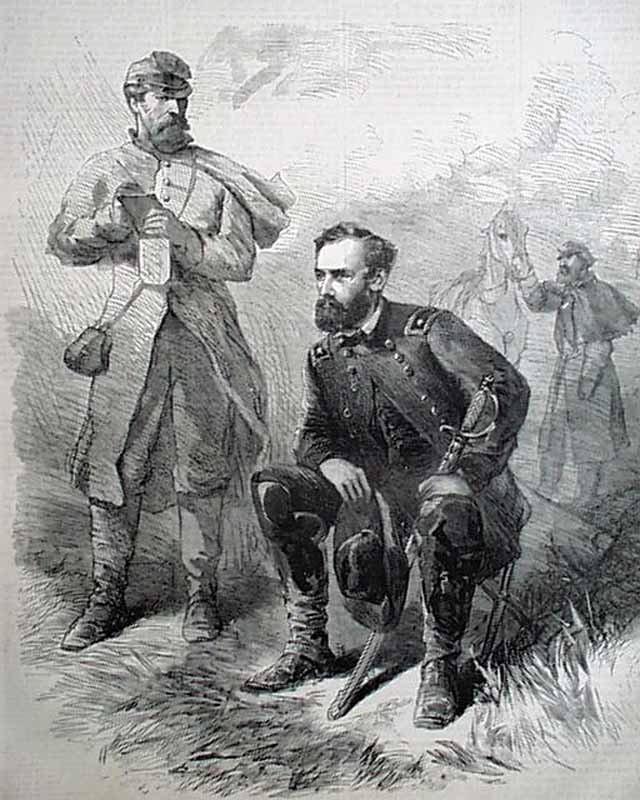 Slavery, in print and in text...


HARPER'S WEEKLY, New York, March 12, 1864  The full front page is a print captioned: "Major-General William T. Sherman".  Page 2 has an interesting article concerning an avoidance of the term "slavery" which begins: "The slaveholders *& their friends have always tried to avoid using the word Slavery. It is too direct & expressive. It is the synonym of injustice & crime and every body knows it as such. Therefore we have been regaled with all kids of euphemisms. The first is in the constitution--'persons held to labor.'..." and more.
Prints within include: "Escaping Union Officers Succored by Slaves" which is a full page; "Major-General Palmer" "Brig. General W. S. Smith" "Bridge Across the Holston at Knoxville, Tennessee", a full page: "Map of the Campaign in East Tennessee, Mississippi, Georgia, Alabama, and Florida" "Sanderson, Florida, Occupied by Our Advance Before the Battle of Olustee" "Scene of the Fight at the Plank Bridge Over Big Creek at Barber's" "Barber's House at the Ford on Big Creek, Col. Barton's Headquarters" "General Truman Seymour" "Wreck Of the 'Bohemian' as seen the Morning After She Sunk".
The doublepage centerfold: "A Story of the Sea, Incidents In The Life of a Sailor" which includes 8 vignettes.
The back page has a cartoon: "One of the Horrors of War". Complete in 16 pages.