Home > Back to Search Results > A wealth of Civil War prints...
Click image to enlarge 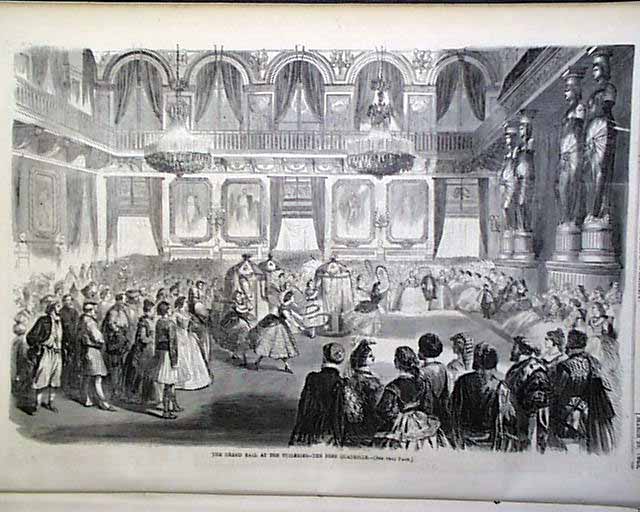 A wealth of Civil War prints...


HARPER'S WEEKLY, New York, March 28, 1863  The front page is taken up with: "A Torpedo Exploding Under the 'Montauk' , In the Ogeechee River" and "The Destruction of the 'Nashville' by the Iron-clad Monitor 'Montauk'". Other prints within include: "Bombardment of Fort M'Allister by the Iron-Clad Fleet"; a bust of: "The Princess Alexandra of Denmark, Now the Wife of the Prince of Wales"; " 'Bache's Quaker' Driving the 'Queen of the West,' and Causing the Rebels to Blow Up the 'Indianola"; "Union Jim" which shows a black soldier accompanied by an article: "Jim Williams"; a small illustration of: "A Straggler".
A full page: "Map of Charleston, S.C...." and a half page map: "Showing the Operations of the Yazoo Pass Expedition & the Proposed New  Water Line to the Gulf".  A nice doublepage centerfold has two prints: "The Army of the Potomac--Colonel Wyndham's Cavalry on a Reconnoissance" and "...View of the Rappahannock Looking Toward Falmouth". Also a full page: "The Grand Ball at the Tuileries--The Bees Quadrille" and a three-quarter page: "The 'George Griswold' Relief Ship, in Tow of the 'Resolute,' Entering the Port of Liverpool, England--The Rock Fort Saluting (Dipping the Ensign)".
The back page has a cartoon: "How the Bowery Boys Amuse Themselves." Complete in 16 pages.