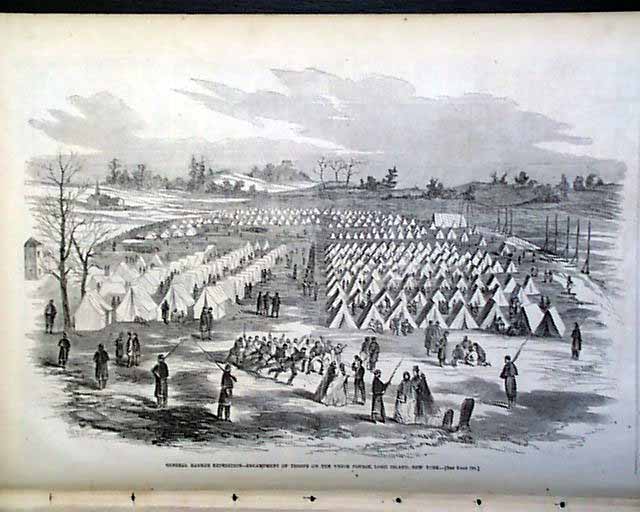 
HARPER'S WEEKLY, New York, December 13, 1862  The full front page is taken up with: "Major-General Burnside and the Division Commanders of the Army of the Potomac" including Hooker, Sumner, Sigel and Franklin. Other prints inside include: "General Banks's Expedition--Encampment of Troops on the Union Course, Long Island, New York"; a nice full page view of: 'The City of Petersburg, Virginia".
The doublepage centerfold is captioned: "The Army of the Potomac--At and On the Way to Fredericksburg" and shows 8 scenes including Warrenton, Callett Station, Fredericksburg, and Weaverville.  Other prints include a full page with three scenes: "The Rebel Encampment at Drury's Bluff, James River", "The Rebel Fort Darling, on Drury's Bluff, James River" & "Slidell's House in Louisiana". There is also a print of Rev. Morgan L. Dix, Rector of Trinity Church, New York.
The back page has two political cartoons. Complete in 16 pages. 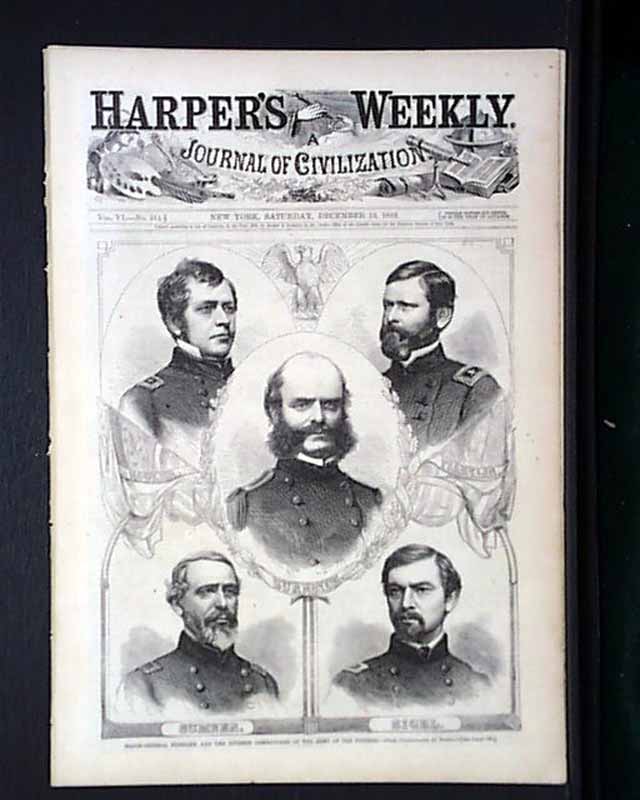 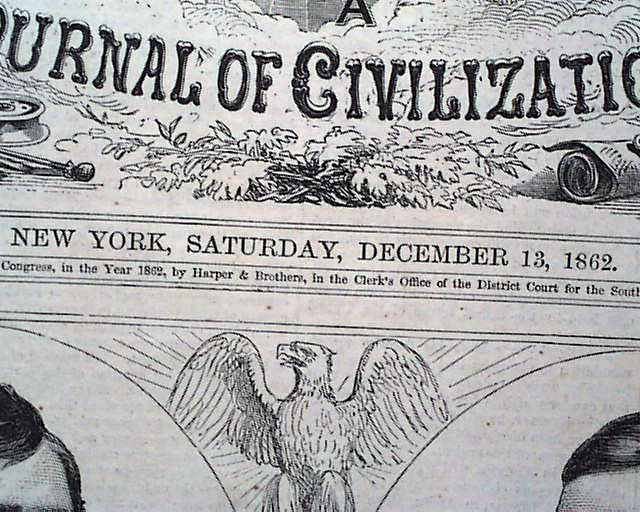 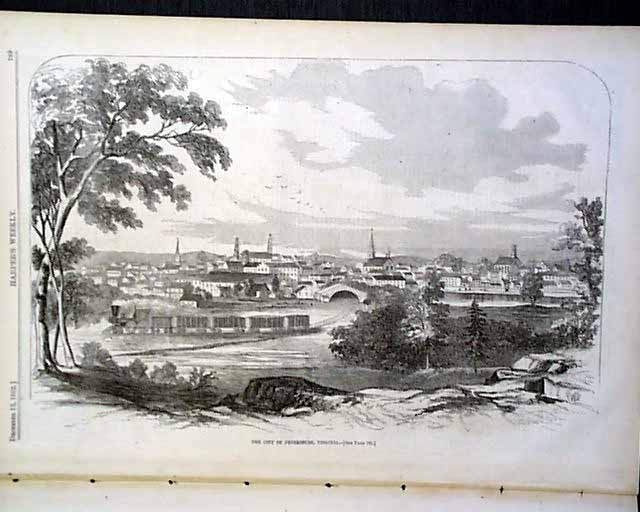 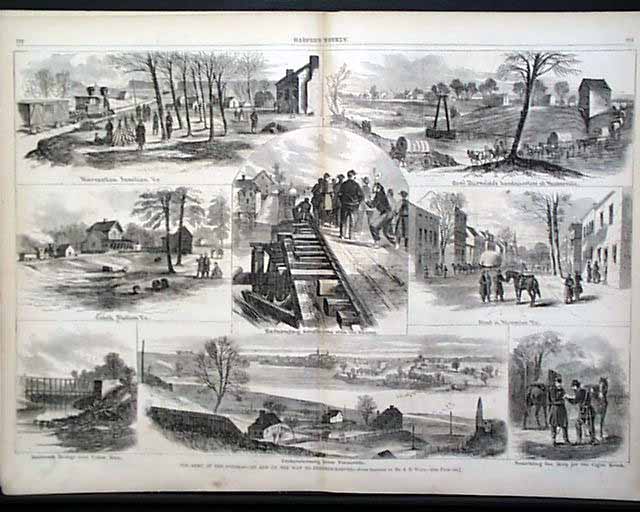 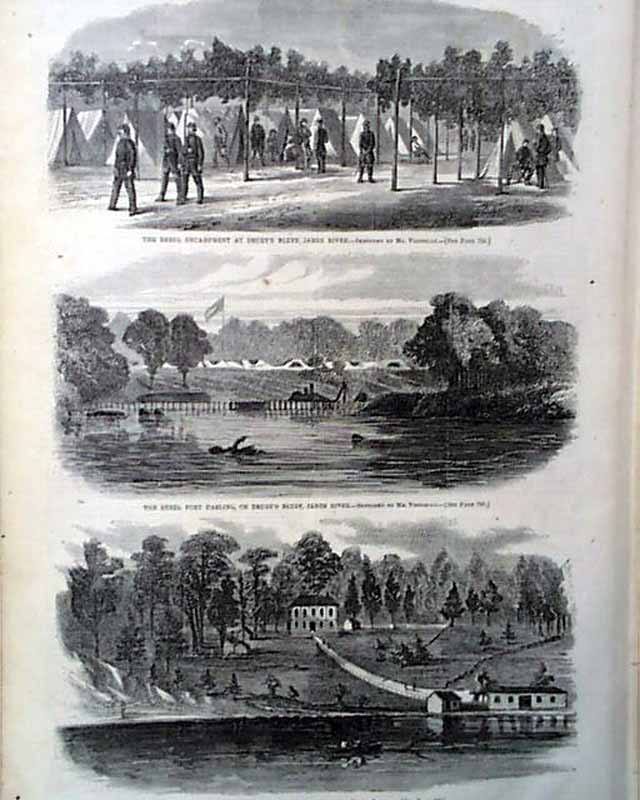