Home > Back to Search Results > Army of the Ohio on the march...
Click image to enlarge 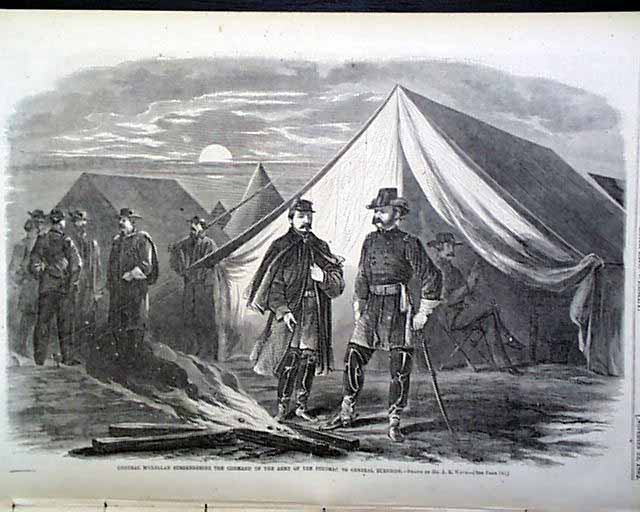 Army of the Ohio on the march...


HARPER'S WEEKLY, New York, November 22, 1862  The full front page shows: "Hon. Horatio Seymour, Governor-Elect of the State of New York". Prints inside include: "General McClellan Surrendering the Command of the Army of the Potomac to General Burnside" "View from Maryland Heights at Sunrise" "The Army of the Potomac--General Pleasanton's Cavalry Deployed as Skirmishers" and "The Army of the Potomac--Scouting in Loudon Valley".
The doublepage centerfold is captioned: "The Army of the Ohio on the March" which has 8 vignettes and is very displayable. Other prints include: "The United States War Steamship 'Vanderbilt'" and four quarter-page portraits of "Rear Admiral D. D. Porter", "Brigadier-General General Thomas", "Brigadier-General Stanley", and "Colonel Ingalls".
Close to half of the back page is taken up with a political cartoon: "Professor Greeley at Syracuse". Complete in 16 pages. 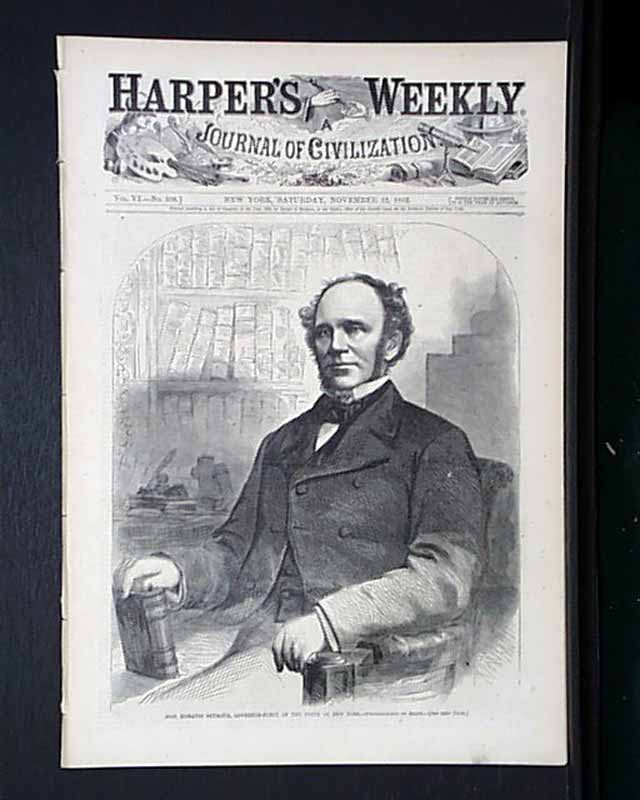 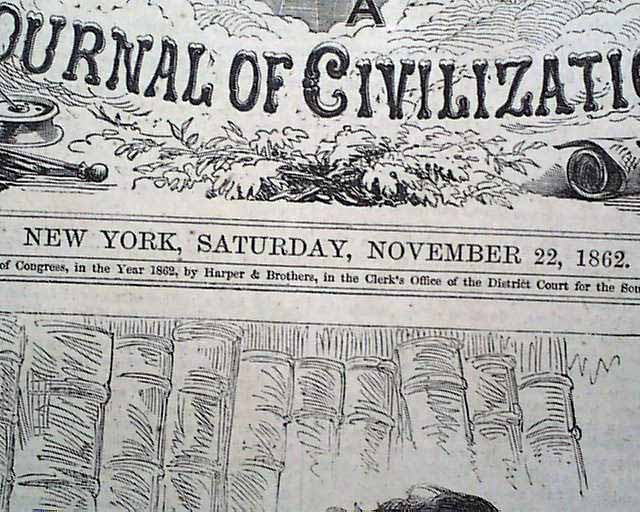 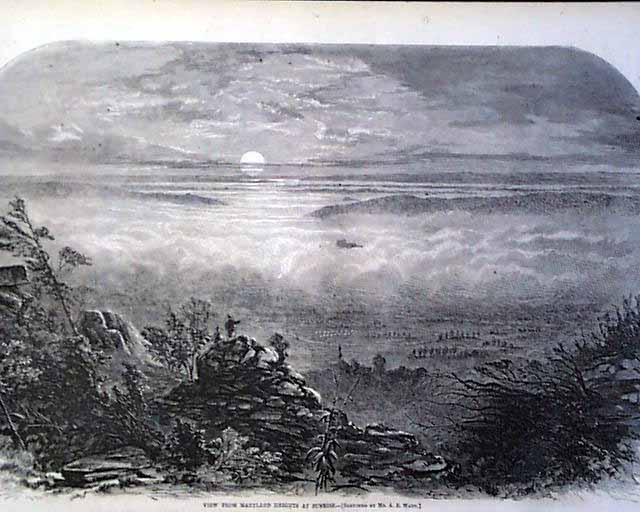 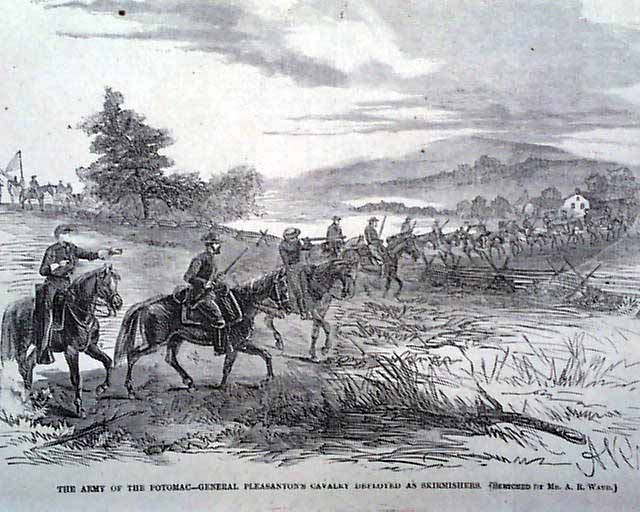 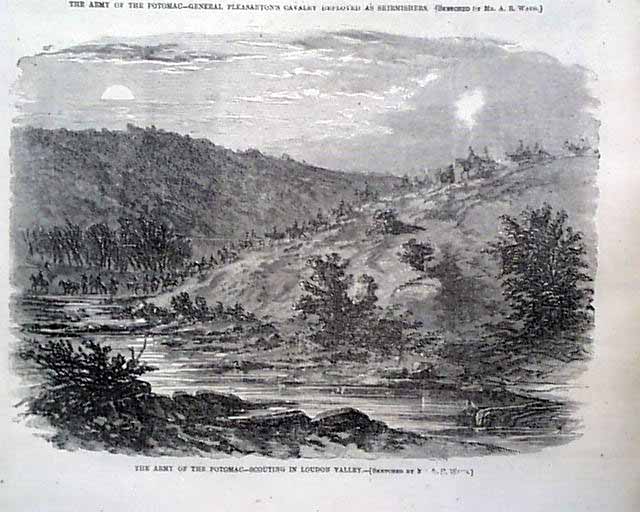 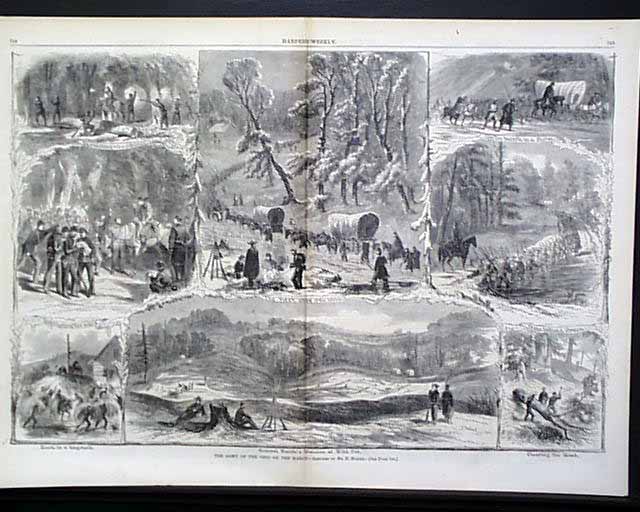 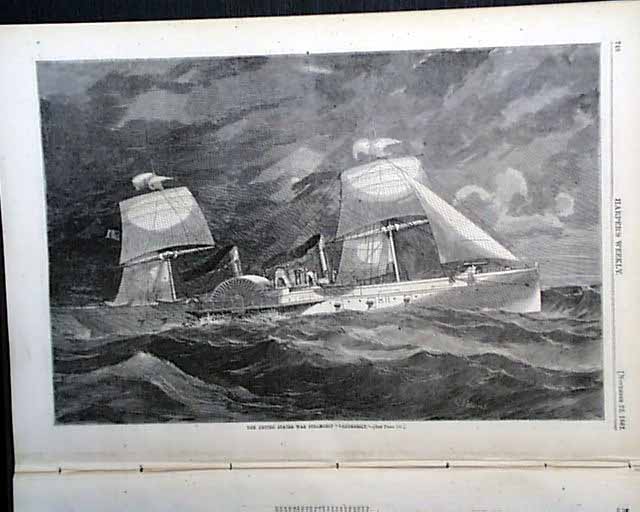 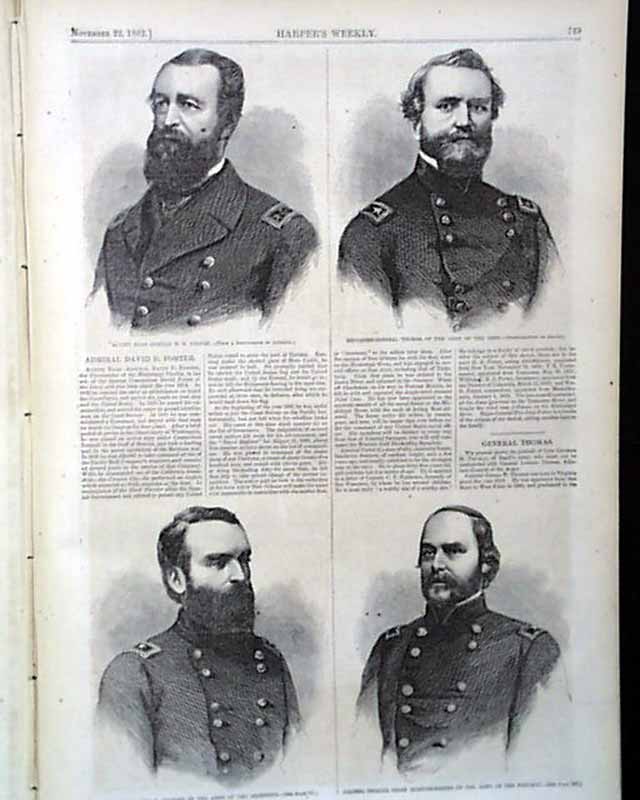