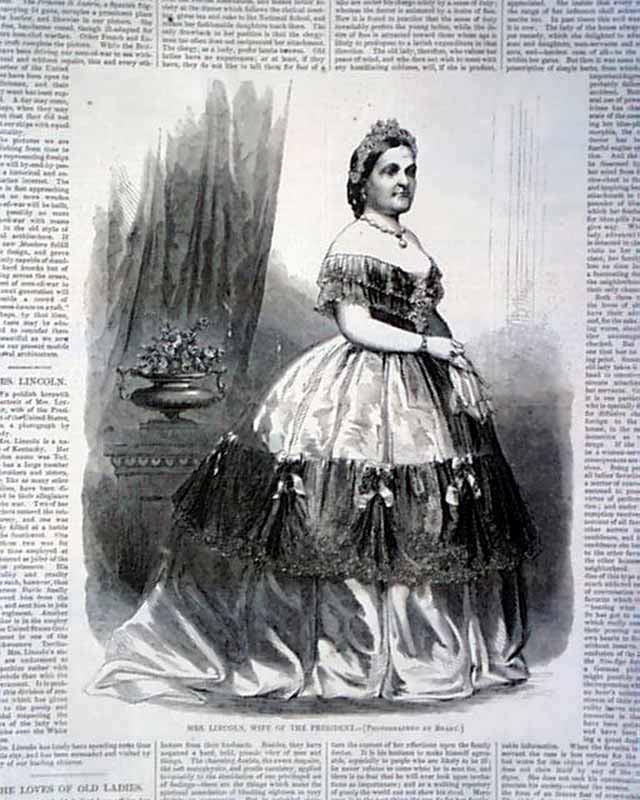 
HARPER'S WEEKLY, New York, November 8, 1862  The full front page shows: "Major-General William S. Rosecrans, Commander of the Army of the Ohio".
Other prints within include: "The Foreign Men-of-War In Our Harbor" "Mrs. Lincoln, Wife of the President" which includes an article on her; "John W. Packham, the Youngest Corporal in the Army" with an article; "Union Jack, the Pet of Our Richmond Prisoners" "Reception of the 9th Indiana Volunteers at Danville, Kentucky, After Driving Out the Rebels" "The Rebels Destroying the Baltimore & Ohio Railroad, as Seen from Fair View" "Hancock, Maryland, from the Camp of Ballier's 'Bully Dutchmen'--98th Pennsylvania Volunteers" "Penalty of Selling Liquor to Soldiers" "Passing Under the Canal to the Ford" "Baltimore & Ohio Railroad Station at Hancock".
The double-page centerfold shows: 'Negros Driven South by the Rebel Officers' being a huge number of them herded much like cattle.
The back page has 2 political cartoons: "Exasperation of John Bull at the News from the U.S." and "The Draft".
Complete in 16 pages.