Home > Back to Search Results > Aftermath of Antietam...
Click image to enlarge 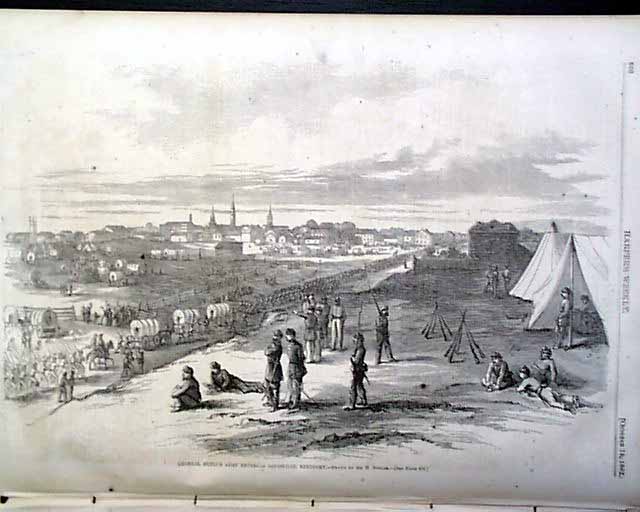 
HARPER'S WEEKLY, New York, October 18, 1862  The full front page is a print of: "Major-General Franz Sigel, Commanding Twelfth Corps Army of the Potomac" on horseback. Prints inside include: "General Buell's Army Entering Louisville, Kentucky" with a good view of the city; "Shelbyville, the Only Union Town of Tennessee" "The Veterans of the Army of the Mississippi on Their Way Up the Ohio" "Williamsport, Maryland, the Ford Across the Potomac"
The significant doublepage centerfold shows: "Scenes on the Battle-Field of Antietam" with 8 prints of the aftermath. Other prints within include: "Our Prize Fleet, Consisting of British Vessels Captured While Trying to Run the Blockade" "Scenes at Hagerstown, Maryland" and "The Assassination of General Nelson by General Jefferson C. Davis".
The back page has 2 political cartoons including: "Who Are the Nigger Worshipers?" Complete in 16 pages.