Home > Back to Search Results > Morgan the highwayman... Scenes along the Mississippi...
Click image to enlarge 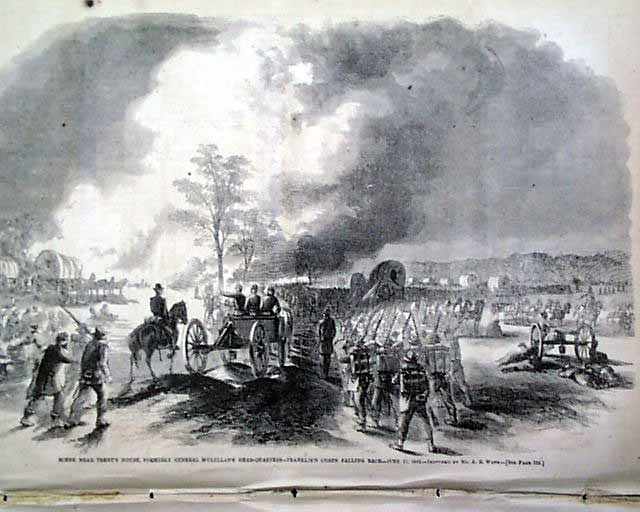 Morgan the highwayman... Scenes along the Mississippi...


HARPER'S WEEKLY, New York, August 16, 1862  The front page has an illustration of: "John Morgan, The Highwayman of Kentucky" with an article on him. Also on the ftpg: "Searching For Rebels In A Cave In Alabama" and a small print of: "Aunt Charlotte".
Prints inside include: "Sunday At General McClellan's Head-Quarters" "Scene Near Trent's House, Formerly General McClellan's Headquarters--Franklin's Corps Falling Back" "Bayonet Charge of the Second Excelsior Regiment, Colonel Hall at the Battle of Fair Oaks" and a small print of: "The Pirate 'Sumter' ".
The doublepage centerfold has 7 prints of scenes: "On The Mississippi". The back page has 3 political cartoons. Complete in 16 pages.