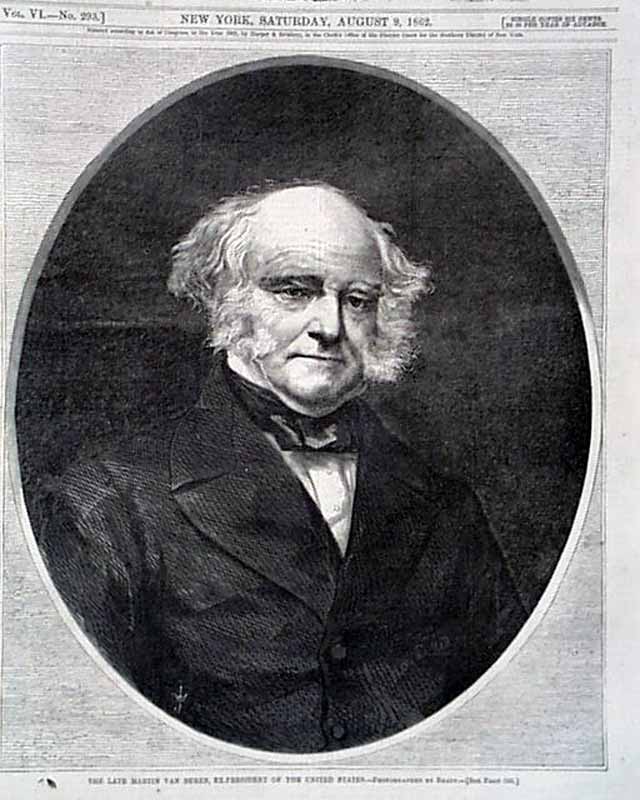 
HARPER'S WEEKLY, New York, August 9, 1862  The entire front page is a print captioned: "The Late Martin Van Buren, Ex-President of the United States" who had died on July 24. An article on him appears inside.
Inside contains a nearly half page: "Charge of the Fifth Cavalry at the Battle of Friday, June 27" and half pg: "Kearney's Division Fighting in the Woods, Monday, June 30". Also a full page with 5 scenes: "The Army of Virginia--Scenes on the March" which include Thornton Gap, Sherryville, Middletown and Happy Creek. Also a full page & detailed map: "The City of Richmond Virginia"; a one-third pg: "Rebel Ram 'Arkansas' Running Through the Union Fleet Off Vicksburg"; a print of "Brigadier-General Keyes", and a two-thirds pg. print of: "Major-General Halleck, commander-in-Chief".
There is a nice doublepage centerfold captioned: "...The Battle of Charles City Road, Fought by Generals Heintzelman and Franklin...".
The back page includes 3 political cartoon. Complete in 16 pages, nice condition. 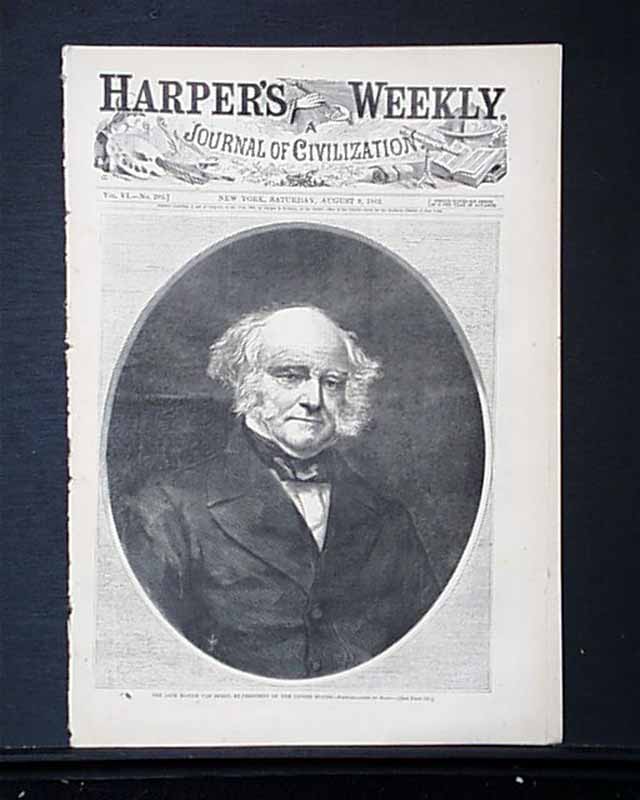 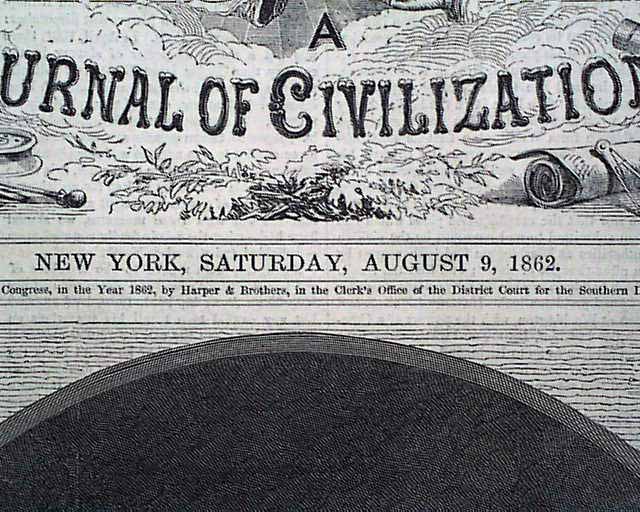 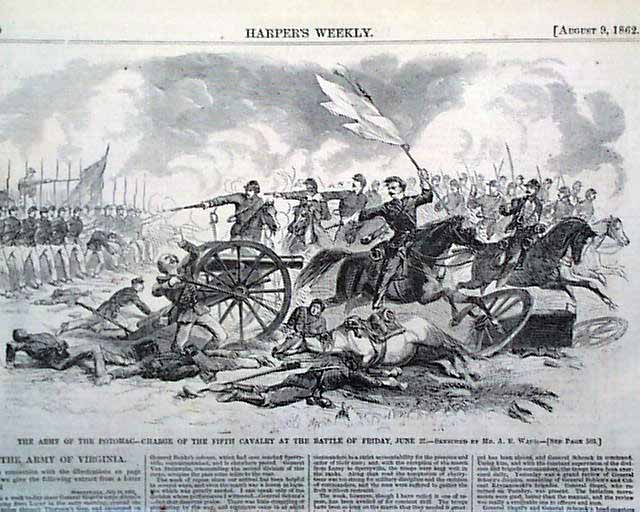 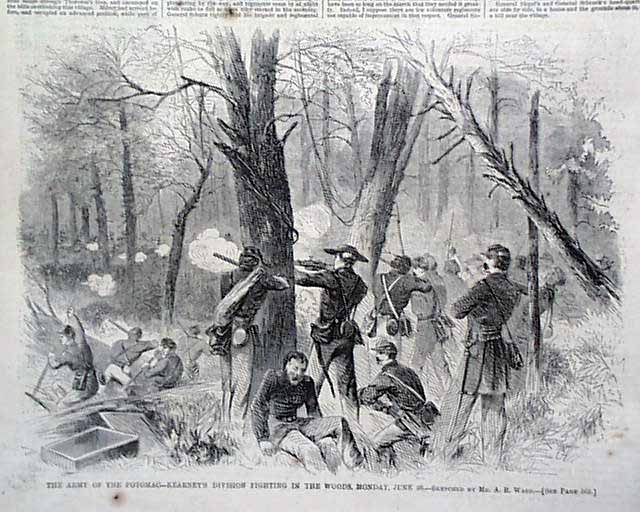 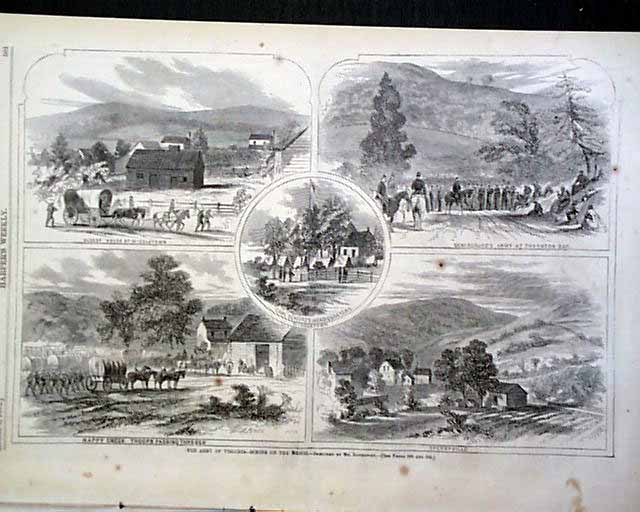 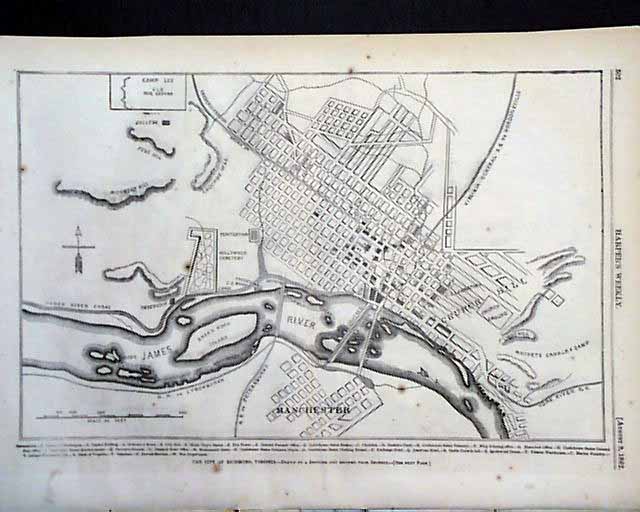 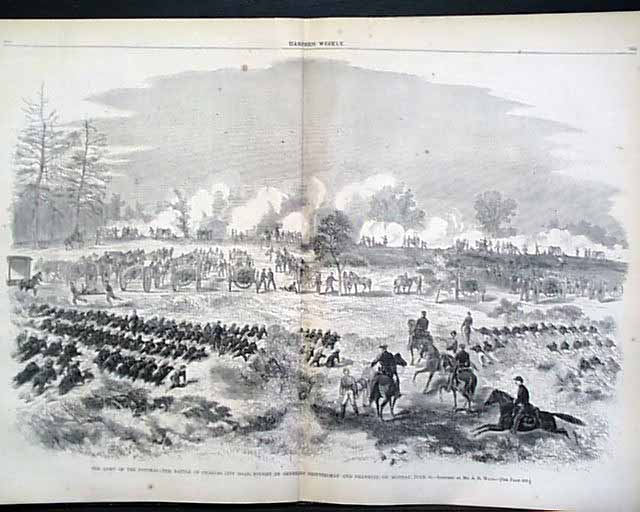 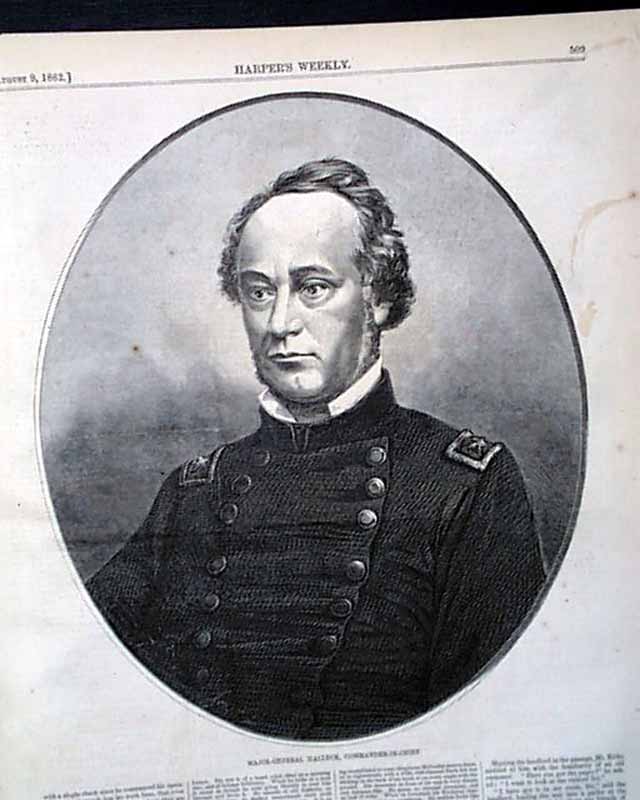