Home > Back to Search Results > The Monitor versus the Merrimac...
Click image to enlarge 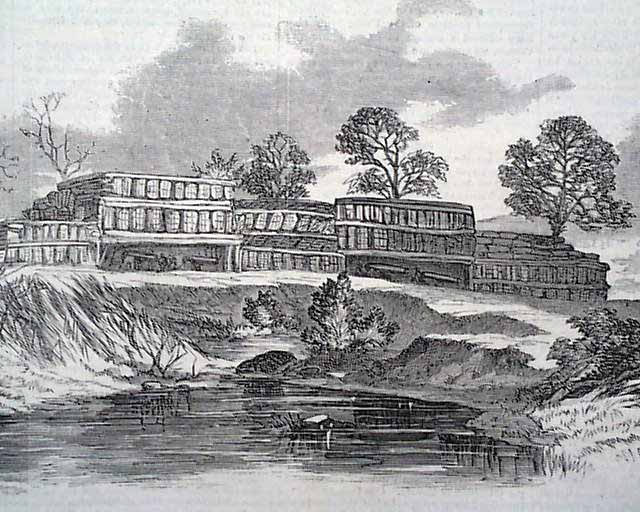 The Monitor versus the Merrimac...


HARPER'S WEEKLY, New York, April 12, 1862  The front page has prints of: "Major-General Buell" "Brigadier-General Shields" and "Bomb-Proof Sandbag Battery at New Bern, North Carolina, Taken by General Burnside's Troops."
Inside has a full page with 3 prints: "Views at New Madrid and Point Pleasant" and another full page with 2 naval prints: "The Burnside Expedition--Bombardment of New Bern, North Carolina". Most of a page is taken up with a: "Map of the Seat of War In Tennessee and Mississippi, Showing the Present Positions of the Union and Rebel Armies." A small print shows: "Exact Picture of the Rebel Steamer 'Virginia' (Merrimac)" and a full page shows ten prints of: "The 'Monitor' As She Is--Interior and Exterior" and there is a half page: "The Battle Between the 'Monitor' and the 'Merrimac' In Hampton Roads, March 9, 1862".
The doublepage centerfold is a very dramatic battle print captioned: "The Battle of Winchester--Decisive Charge Upon the Rebels at the Stone Wall".
The back page has 3 political cartoons. Complete in sixteen pages.