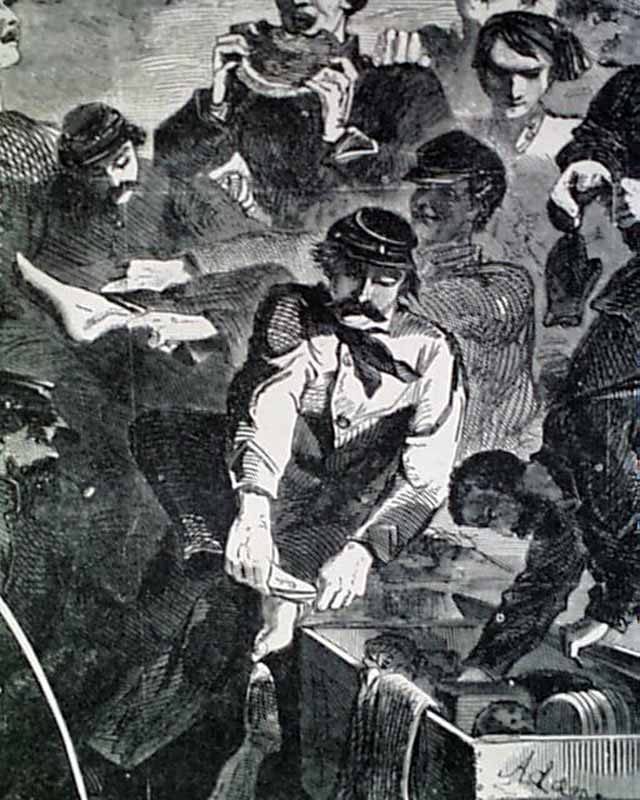 
HARPER'S WEEKLY, New York, January 4, 1862  The full front page is a notable Winslow Homer print: "Christmas Boxes in Camp, 1861", which does show some mild margin wear as this was the first page in the volume.
Among the prints inside are a full page with 4 scenes of a: "General view of Ship Island, showing the Landing of General Phelps's Brigade"; a full page: "Bird's-eye View of the Coast from Savannah, Ga. to Beaufort, S.C."; nice doublepage centerfold is a large: "General Bird's-Eye View of Washington & Vicinity". Other prints include: "Green River Bridge, Kentucky" and two prints on: "Gen. Burnside's Expedition".
This issue also contains  "Charles Dickens' New Christmas Stories" taking nearly 5 pages. The back page has two cartoons, one a villainy rendition of Jefferson Davis, and the other captioned: "Hard Times in Ole Varginny, an' Worse A Cumin'!" Sixteen pages.