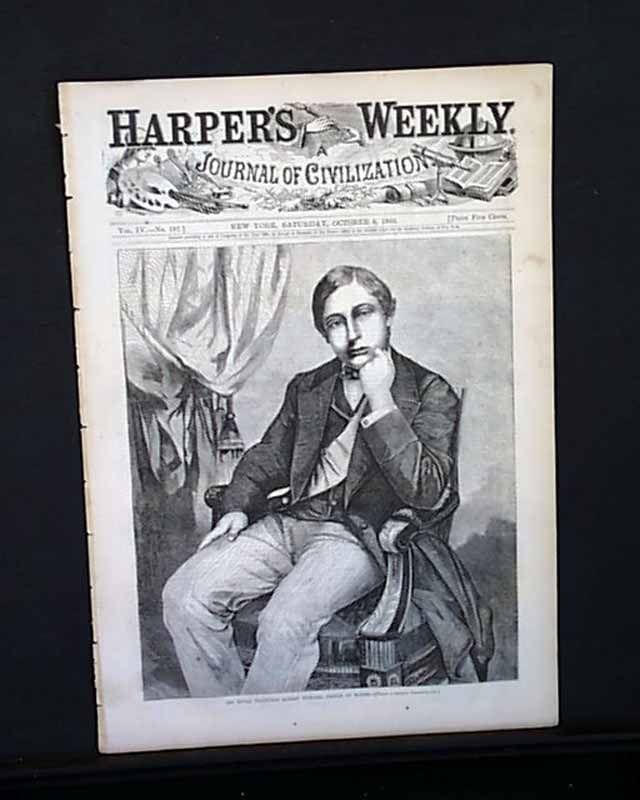 
HARPER'S WEEKLY, New York, October 6, 1860  Full ftpg. shows: 'His Royal Highness Albert Edward, Prince of Wales'. Fullpg. shows: "Sheep Owned by Mr. Messenger". 3/4 print shows: "Robert Fleury's Great Picture of the Burning of Heretics by the Roman Catholics at an Auto Da Fe". Nice dblpgctrfld. view of: 'Broadway--Respectfully Dedicated to the Prince of Wales' shows a parade plus much more.  A very brief report (upon the return to New Orleans of the Gladiator) titled, "Honduras", confirms the death (by execution) of General William Walker, which in part states, "...ten shots were fired at him, amidst the cheers of the native spectators."
Complete in 16 pages.