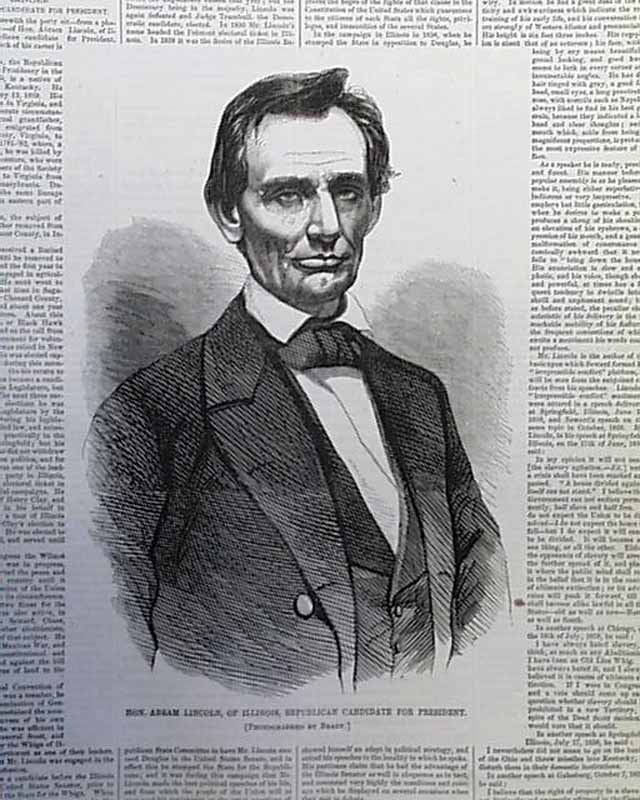 
HARPER'S WEEKLY, New York, May 26, 1860  This issue has become one of the most desired pre-Civil War issues of this famous illustrated newspaper, as it did much to propel Abraham Lincoln to national prominence and is one of relatively few published portraits of Lincoln without his beard.
This issue announces, in a very dramatic way, the selection of Lincoln as the Republican candidate for President of the United States with the large front page portrait of him. A somewhat unknown in national politics till this point, they even spelled his name wrong in the caption: "Hon. Abram Lincoln, of Illinois, Republican Candidate For President". The balance of the front page is a very nice & detailed textual portrait of Lincoln which carries over to take most of the first column of page 2 as well. This is followed by a biographical sketch of: "Hon. Hannibal Hamlin", Lincoln's running mate. Inside the issue under "Domestic Intelligence" is further content concerning "The Republican Convention" "The Platform", and "The Nomination" which shows the ballot results in each of the three Presidential ballots.
Other images in this issue include "Chime of 13 Bells for Christ Church, Cambridge, Mass., Manufactured by Messrs. Henry N. Hooper & Co., of Boston", three full pages on "The Japanese Embassy" delegation in Washington & at the White House.
Complete in 16 pages. 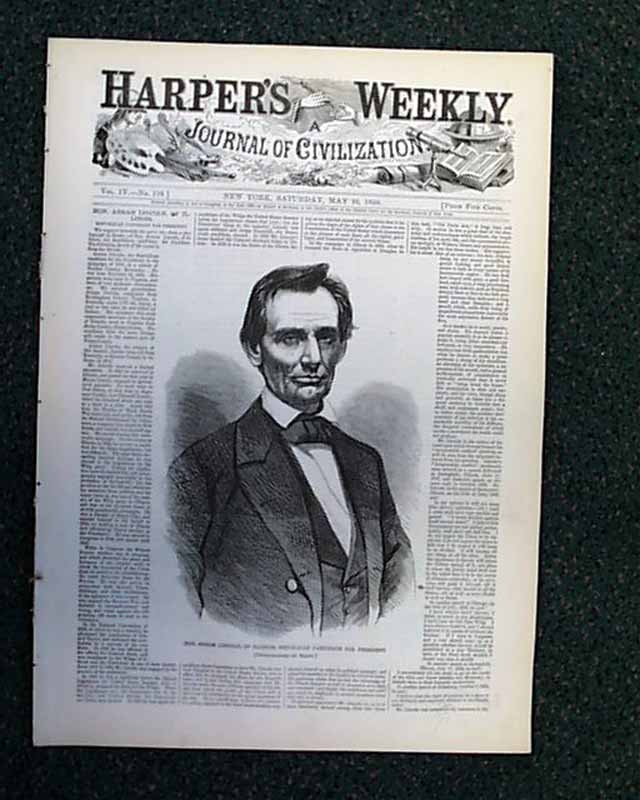 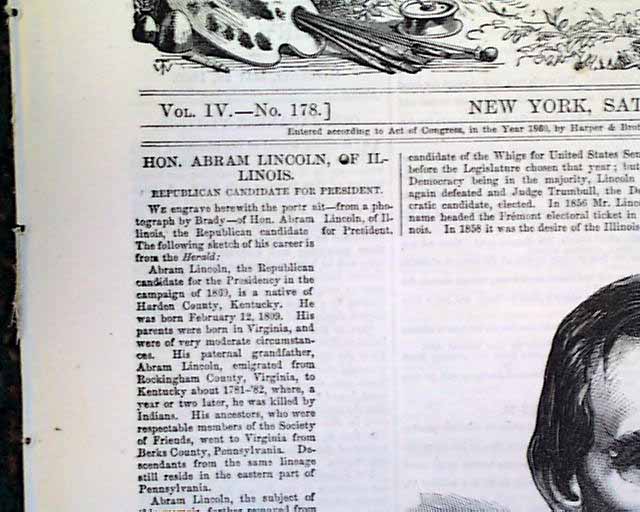 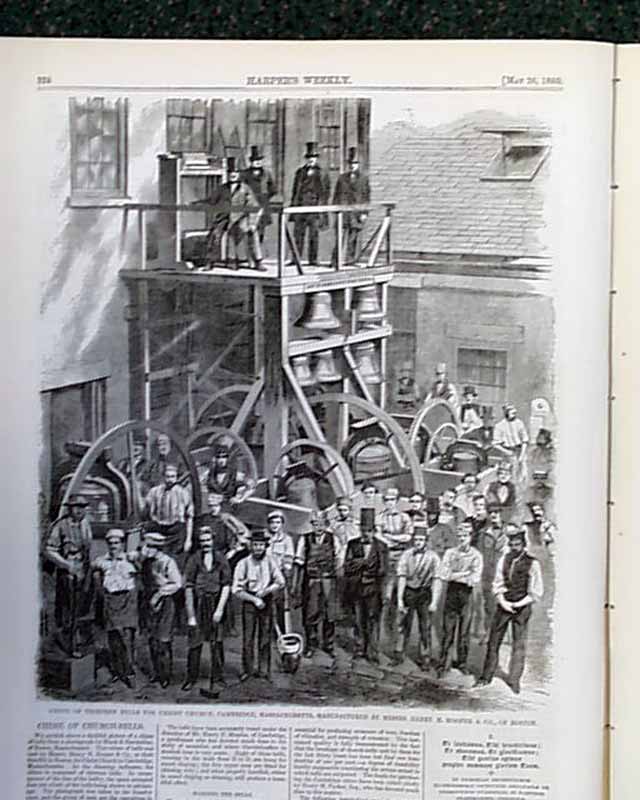 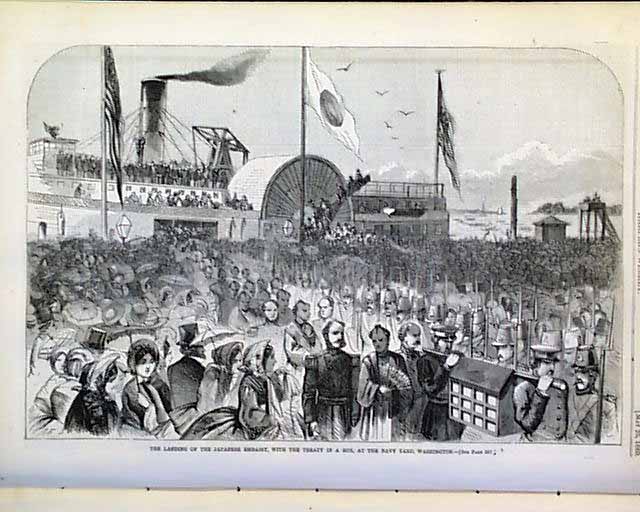 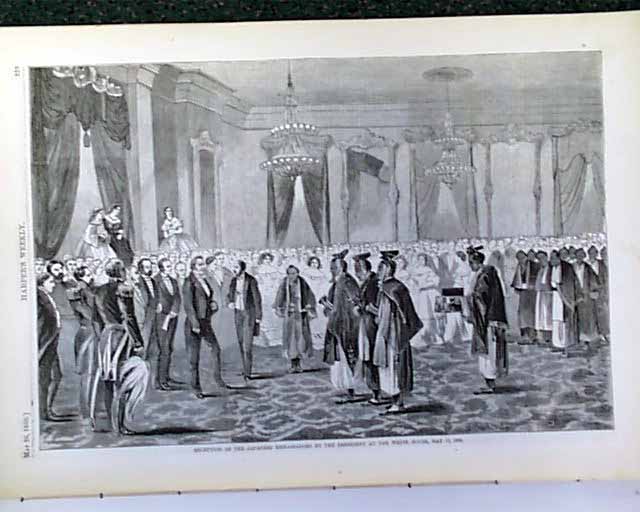 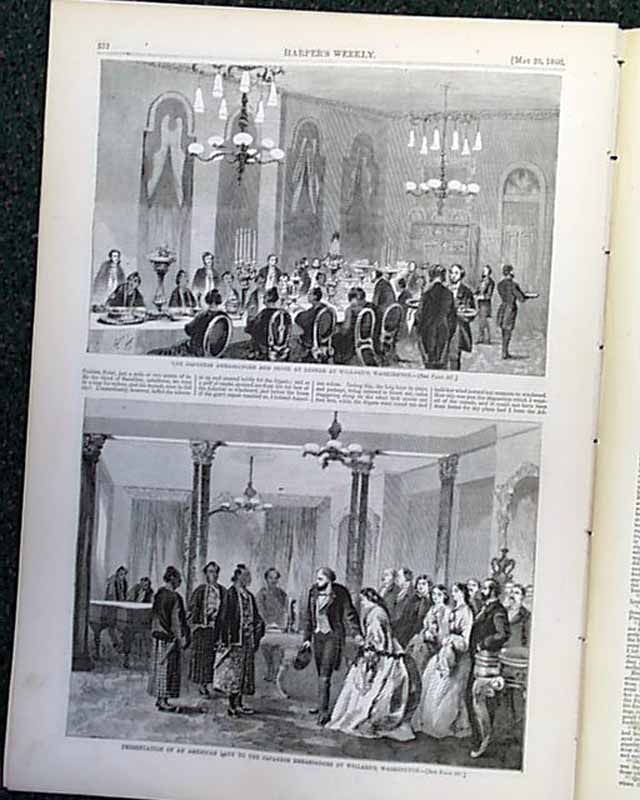 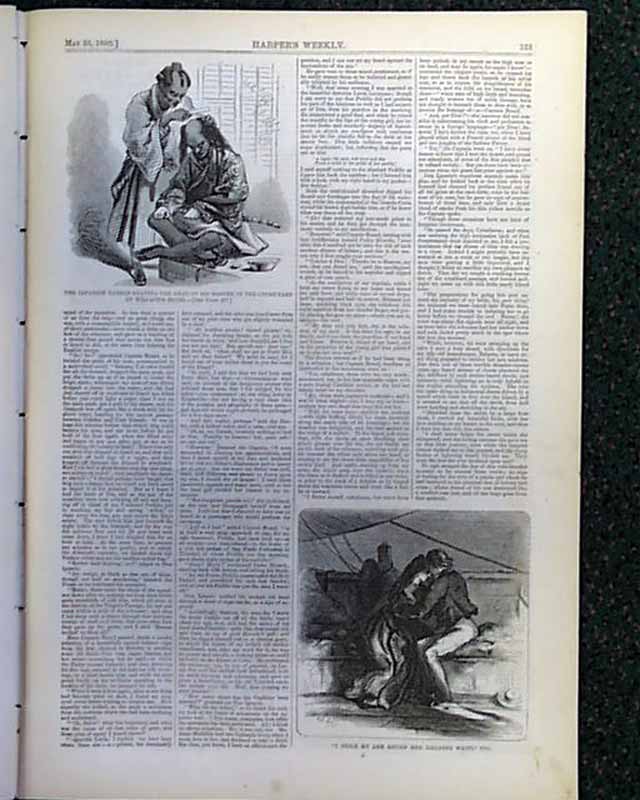 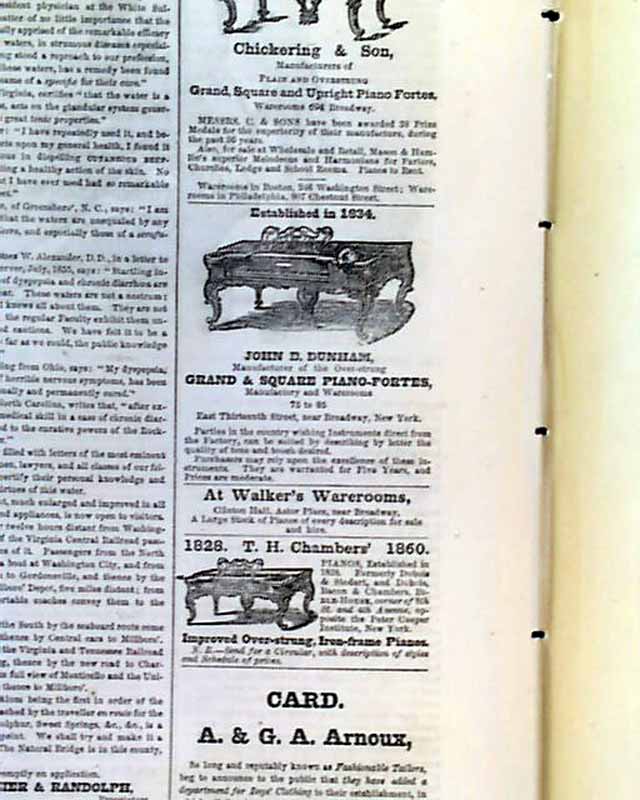 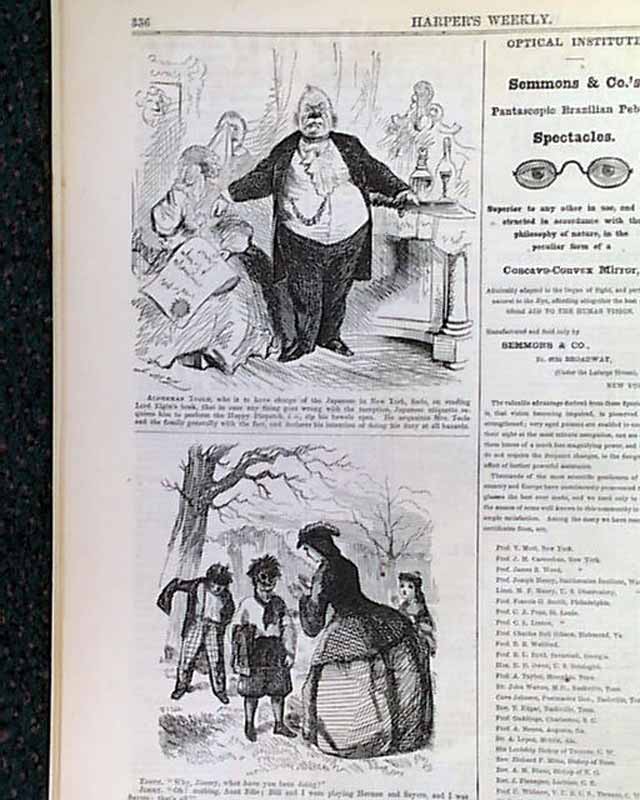 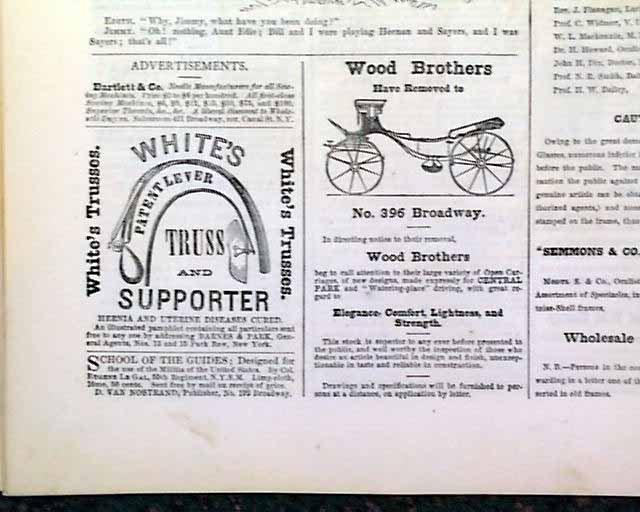