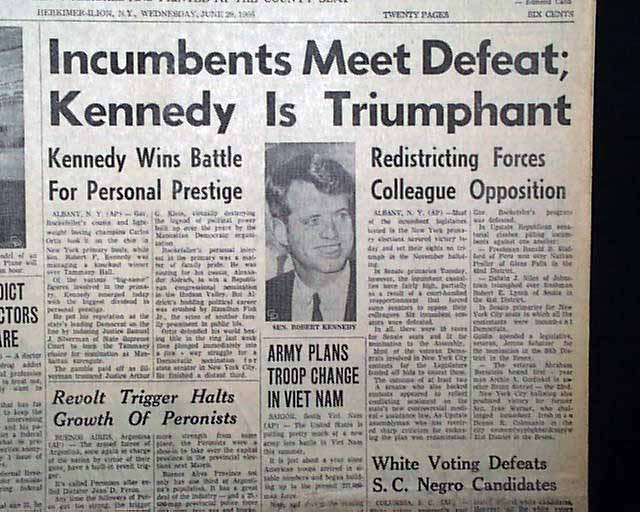 
EVENING TELEGRAM, Herkimer, New York, June 29, 1966  Two line, five column head: "Incumbents Meet Defeat; Kennedy Is Triumphant" Subheads include: "Kennedy Wins Battle For Personal Prestige" plus a one column photo of Sen. Robert Kennedy. Also on the front page is a photo of the needle-nose Lockheeds' mockup mode of the supersonic transport 2000 SST which will fly at 1,8000 miles per hour.
Other news, sports and advertisements are within.
This is complete in 20 pages with several small binding holes along the left spine in the blank margin, otherwise in nice condition.