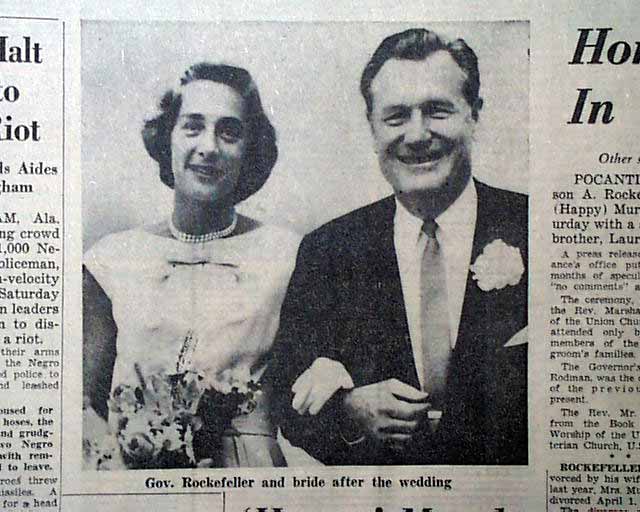 
DETROIT FREE PRESS, Detroit, Michigan, May 5, 1963 A banner head: "Rockefeller Weds Divorcee" with a subhead: "Honeymoon In Venezuela" plus a three column photo of Gov. Nelson Rockefeller and his new wife.
Also on the front page is a one-column wide article "1,000 Halt March to Avert Riot" with subhead "Bobby Sends Aides to Birmingham". This was the third straight day of the stepped up campaign against segregation in Alabama's largest city.
Other news, sports and advertisements are within.
This is complete with seven binding holes along the left spine which does affect some text throughout, lite library stamp in the masthead area, otherwise is in very nice condition.