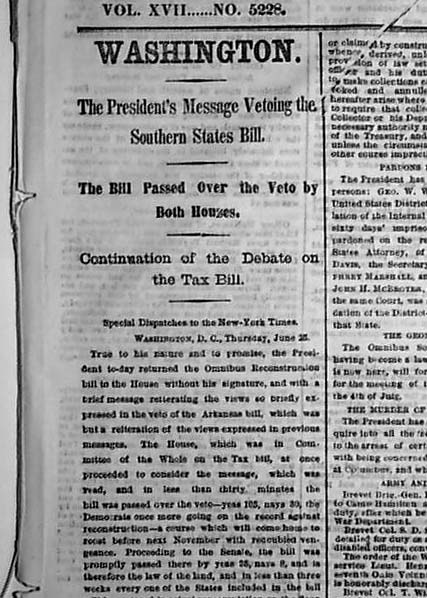 
THE NEW-YORK TIMES, June 26, 1868  Ftpg. heads: "Washington" "The President's Message Vetoing the Southern States Bill" "The Bill Passed Over the Veto by Both Houses". Among the legislative business listed in the text is word that: "The Senate then passed the Omnibus bill over the President's veto by a vote of 35 to 8." Includes the text of Johnson's veto which is signed in type: Andrew Johnson. Act readmitted six Southern states to representation in Congress upon meeting certain requirements set by Congress.