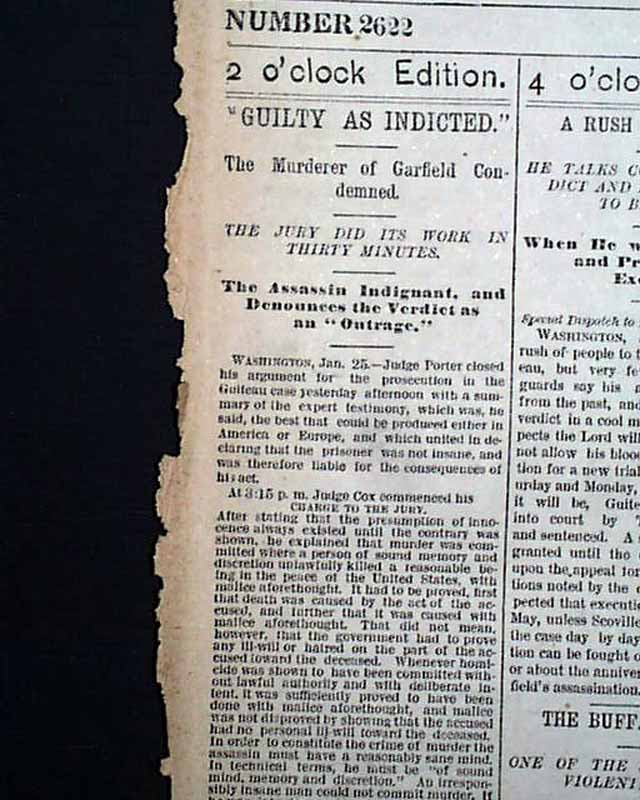 
THE EVENING NEWS, Detroit, Michigan, January 26, 1882 First column heads on the front page: "Guilty As Indicted" "The Murderer of Garfield Condemned" "The Jury Did Its Work In Thirty Minutes" "The Assassin Indignant and Denounces the Verdict as an 'Outrage' ". Heads in the next column: "A Rush For Guiteau" "He Talks Coolly Of The Verdict And Doesn't Expect To be Hanged" "When He will be Sentenced, and Prospects as to Execution." Other news and advertisements of the day within.
This is complete in four pages with an irregular spine, browned at the edges, otherwise in good condition.