Home > Back to Search Results > Frm the "Capital of Silicon Valley"...
Click image to enlarge 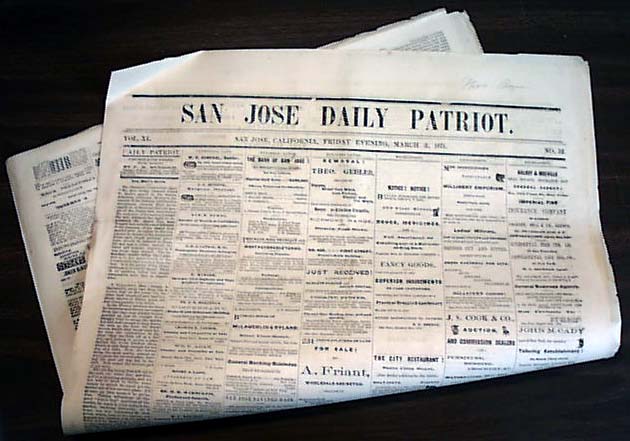 Frm the "Capital of Silicon Valley"...

Item # 130645 SAN JOSE DAILY PATRIOT, California, 1871  San Jose was the second incorporated city in California (after Sacramento), becoming part of the United States 1846. California would gain statehood in 1850. This is an early issue from what today is California's third largest city and the tenth largest in the United States.
This 4 page newspaper has various news and advertisements of the day. Minor edge tears otherwise nice. The image is a stock photo of the look and condition of the issue you  will receive.  The actual issue will be from 1871, and will be in equal or better condition than the one shown.