Home > Back to Search Results > Now at the heart of Silicon Valley...
Click image to enlarge 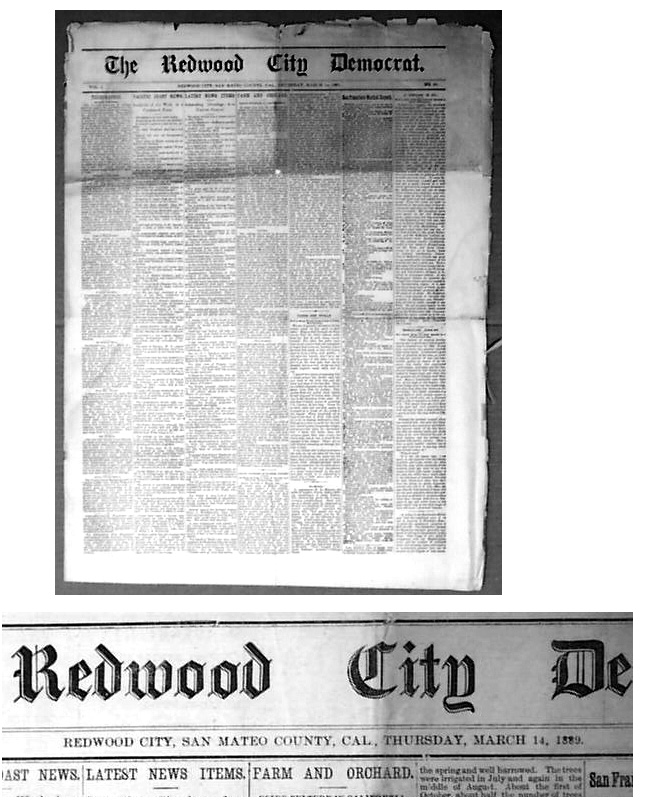 Now at the heart of Silicon Valley...


THE REDWOOD CITY DEMOCRAT, San Mateo County, California, 1889  Redwood City has remained the county seat since the county's formation in 1856. The land had been part of the Rancho de las Pulgas granted to the Arguello family in 1835 by the Mexican government. Their control was challenged after the Mexican–American War when California became part of the United States. Today it is in the heart of Silicon Valley.
A quite scarce & early title from this town.
Never bond nor trimmed, various news of the day and many ads, a 4 page newspaper. Some browning and dirtiness in upper quadrants, various minor tears.