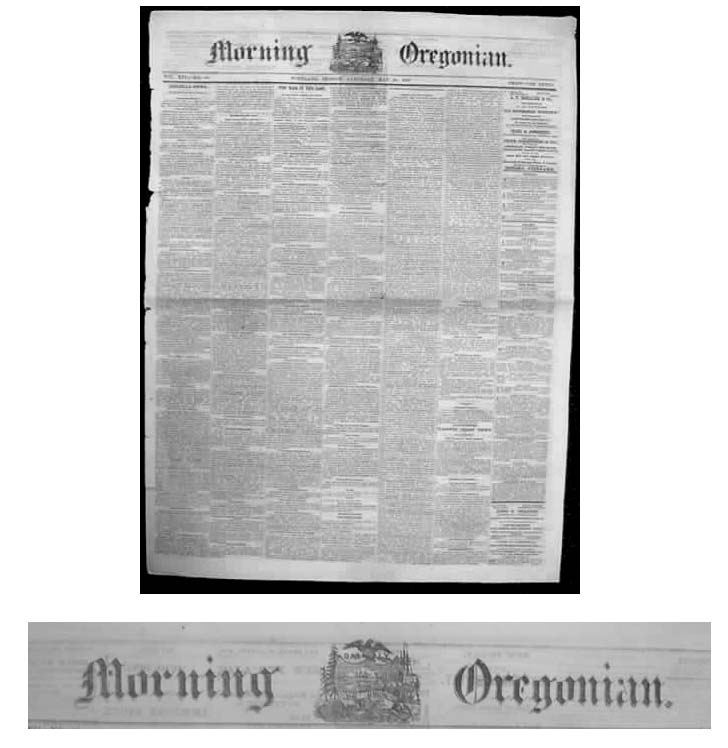 Item # 130290 MORNING OREGONIAN, Portland, Oregon. 1877 An uncommon and early newspaper from Portland which has a nice engraving in the masthead (see photo). Most of the front page is filled with various news of the day, not only for the western portion of the United States but from across the country as well. Further news reports are on the inside pages as well plus a wealth of advertisements, several of which are illustrated.
Somewhat irregular at the blank spine margin but not touching any text. Printed on high quality newsprint which is still quite white & plyable.
The photo below is generic however the issue you receive will have the same look and be from 1875 or earlier.