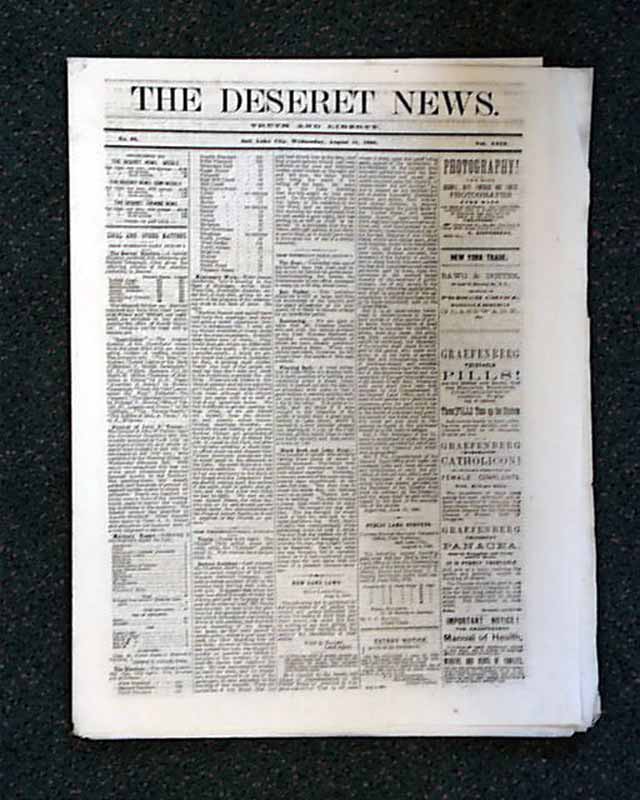 Descriptive article on a trip to Colo...

The Dalton Gang try to outdo the Jame...

From the California state capital bef...