Home > Back to Search Results > The oldest continuously published English language newspaper in the world...
Click image to enlarge 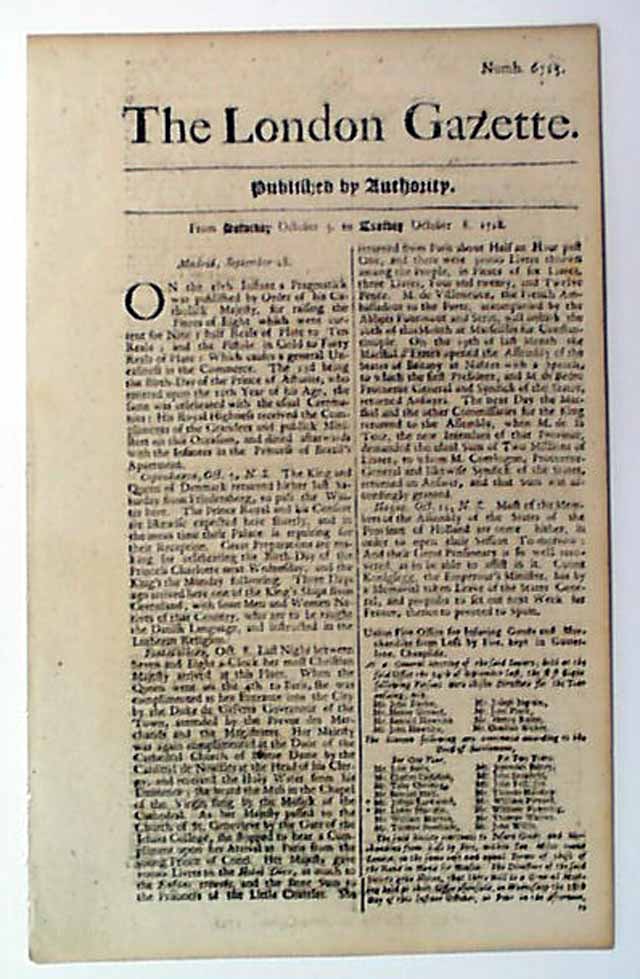 Item # 120436 THE LONDON GAZETTE, England, dates ranging from 1726 to 1730. This is the oldest continually published newspaper in the world, having begun in 1665 and is still being published today. Reporting is almost entirely concerned with Parliamentary items and European news with some advertisements near the back of the issue.
The photo below is "generic" however the issue you will receive, dating anywhere from 1726 to 1730, will have an identical look, including at least a partial red-inked tax stamp. A fine opportunity for a genuine 280+ year-old newspaper.
Measures approximately 7 by 11 1/2 inches, printed on high quality rag paper, and is in very nice condition.