This is the genuine issue. And better yet it is the "3:00 a.m. Special Edition" as identified by the Library of Congress:

This issue agrees with all of the notations mentioned above.

Among the many first column headlines on the front page are:
"IMPORTANT." "Assassination of President Lincoln" "The President Shot at the Theatre Last Evening" "Escape Of The Assassins" "Intense Excitement in Washington" "Scene at the Deathbed of Mr. Lincoln" "J. Wilkes Booth, the Actor, the Alleged Assassin of the President" and more (see photos).

The latest dispatch, timed at 3:00 a.m., notes:
"The President still breathes, but is quite insensible, as he has been ever since he was shot. He evidently did not see the person who shot him..." with more.
Of the six columns on the front page almost four are taken up with reports of the assassination, the remainder concerning various Civil War reports and a few other items. Additional Civil War reports are found on the inside pages.
This issue is complete in 8 pages and is in very nice condition. There is a small foxed 'line" near the middle of the blank spine margin of the ftpg. (sliver of wood stained the paper), and the lower left corner of the front leaf is missing a small piece not touching any text (see photos), otherwise there are no disfiguring marks worth noting. There is just the slightest bit of rubbing & foxing with a very small damp stain in the lower right corner.

This is one of just a few issues of the Herald of this famous date we have been able to offer in our 32 years. Certainly a choice issue for the best of collections. 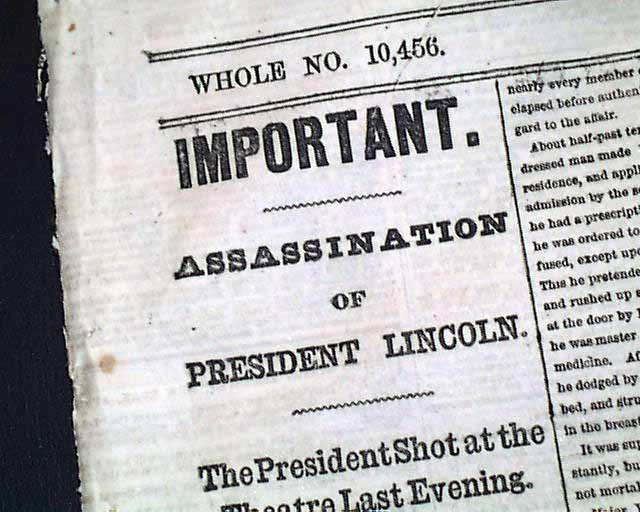 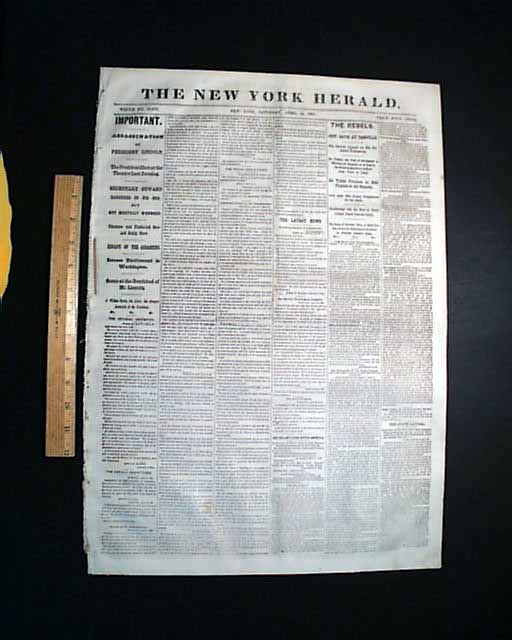 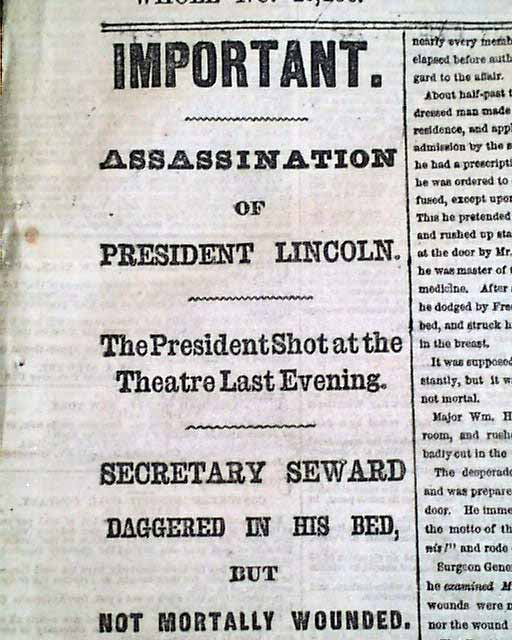 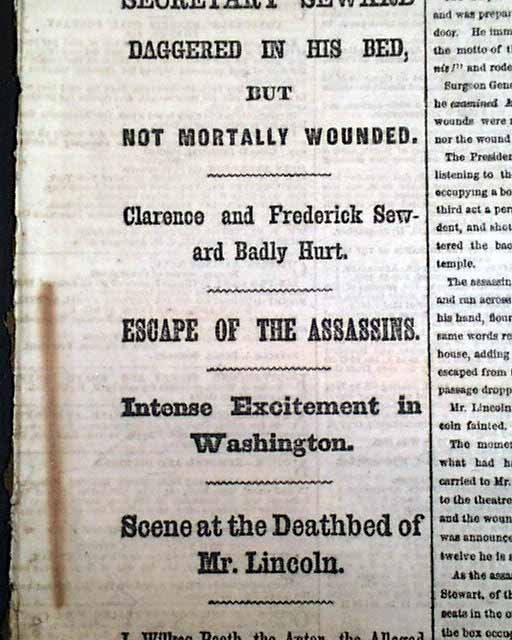 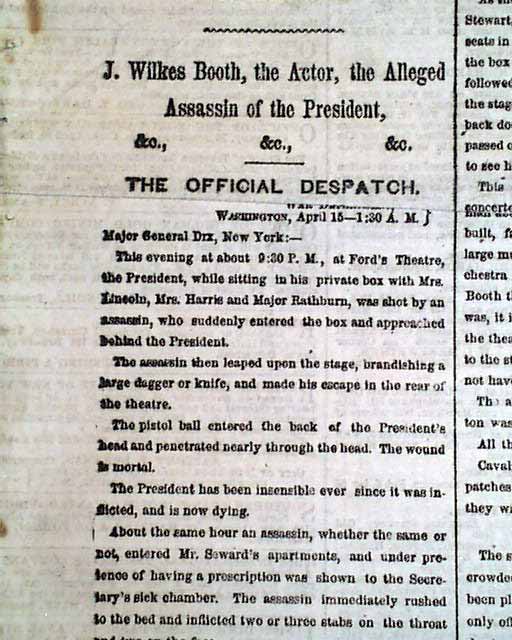 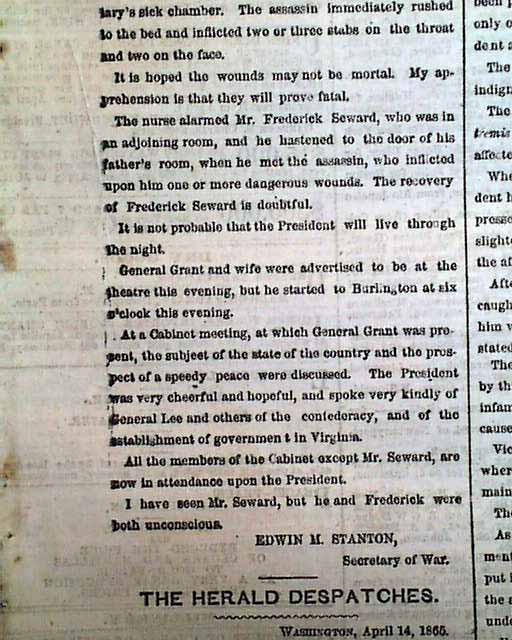 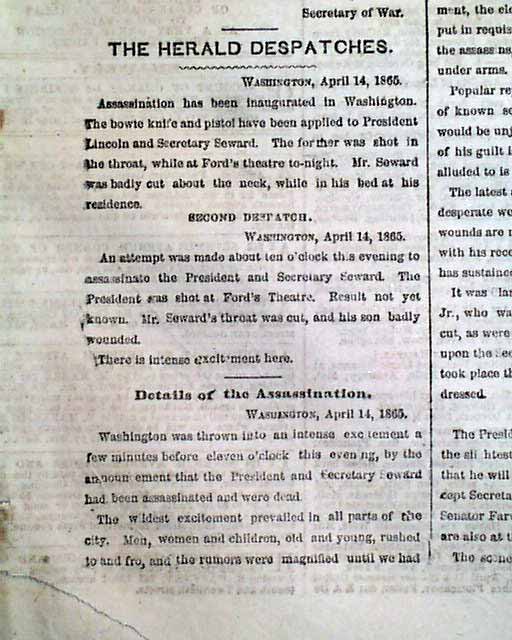 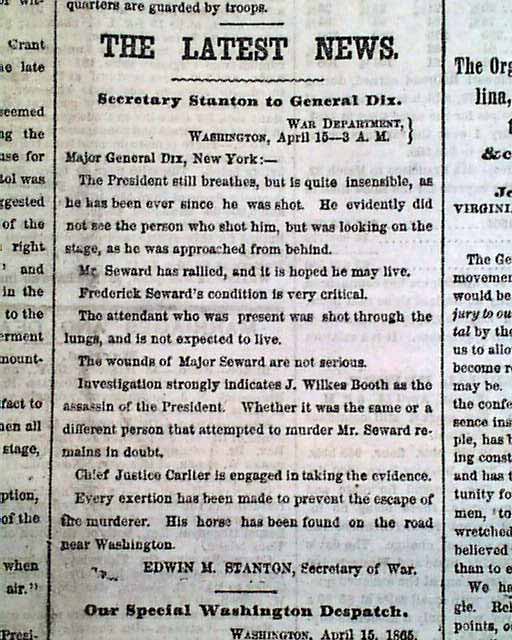 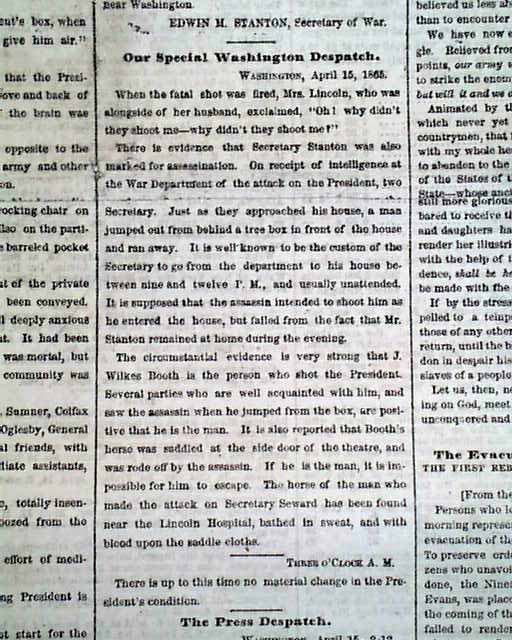 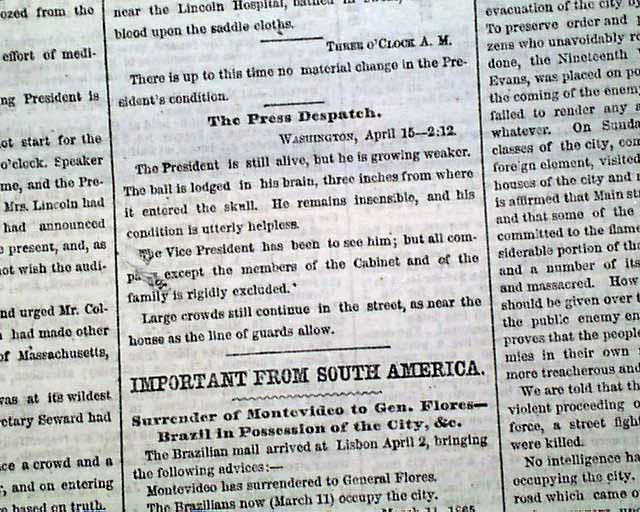 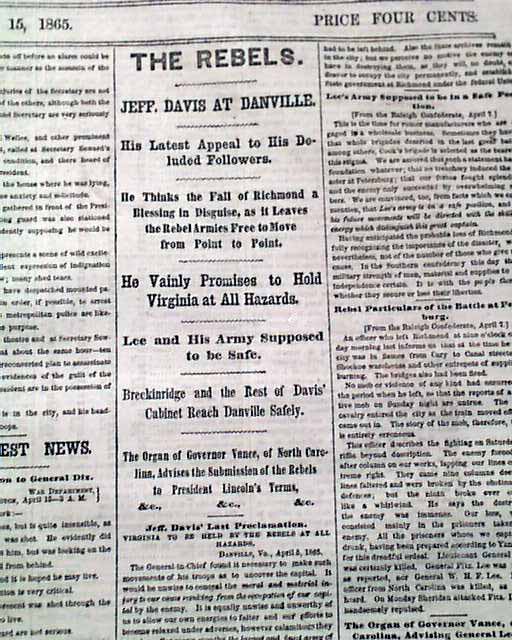 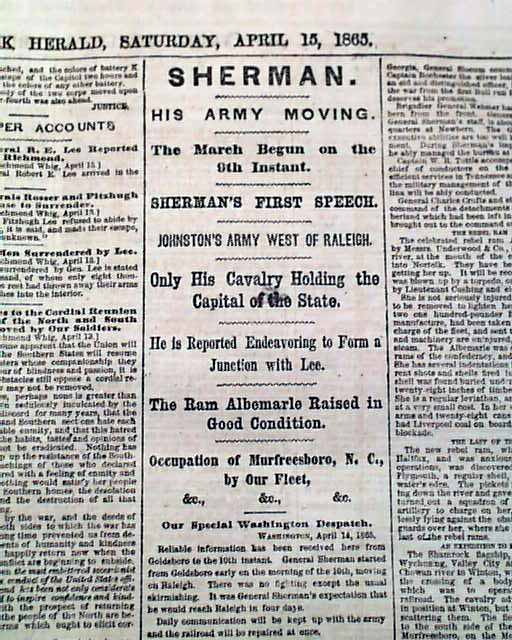 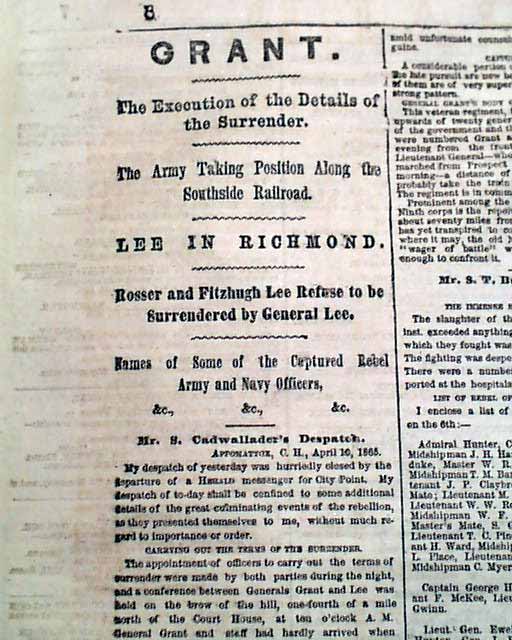