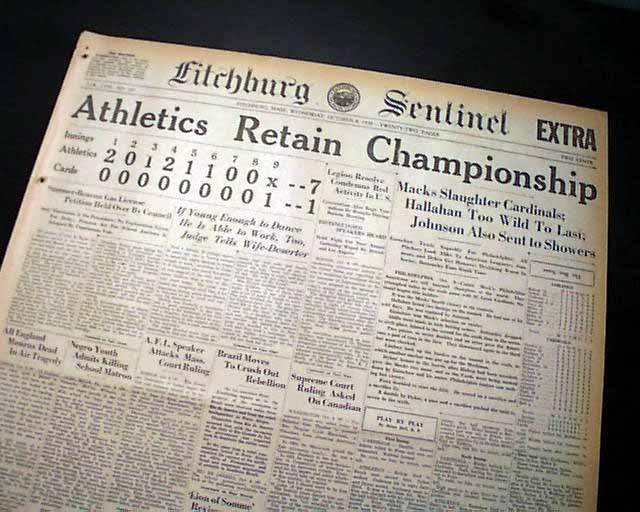 The front page has a nice banner headline: "Athletics Retain Championship" with subheads, box scores and inning by inning descriptions. Unusual to have all of this on the front page, nice for display as such. First report coverage on the Philadelphia Athletics winning the 1930 World Series.
Complete with all 22 pages, light toning at the margins, a few small binding holes along the spine, nice condition.

source: wikipedia: The Philadelphia Athletics' 1930 season involved the A's finishing 1st in the American League with a record of 102 wins and 52 losses. This was the A's final World Series championship in Philadelphia, as they would win the World Series for the first time in 42 years in 1972, after they had moved to Oakland.