Home > Lou Gehrig begins his career as a Yankee...
Click image to enlarge 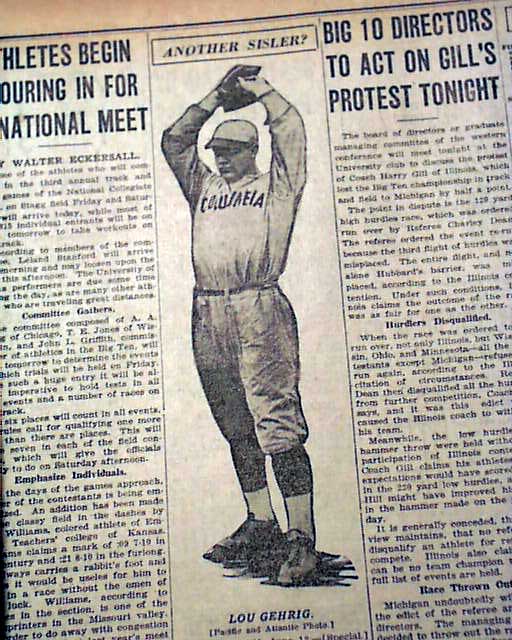 Lou Gehrig begins his career as a Yankee...

For any collector of baseball history, a report of the beginning of a future star's career always figures high on the "most wanted" list. Here is one.
The top of page 17 has a one column photo showing a young Gehrig in his Columbia uniform and posing as a pitcher (unusual) with heading: "Another Sisler !" He would never pitch a game in the majors. Report begins with: "Lou Gehrig signed a contract yesterday with the New York American league baseball club..." (see)
Complete with 38 pages, light toning and a little wear at the margins, generally in good condition.