Home > The KKK at Harvard - and more... 1st woman elected to the U.S. Senate...
Click image to enlarge 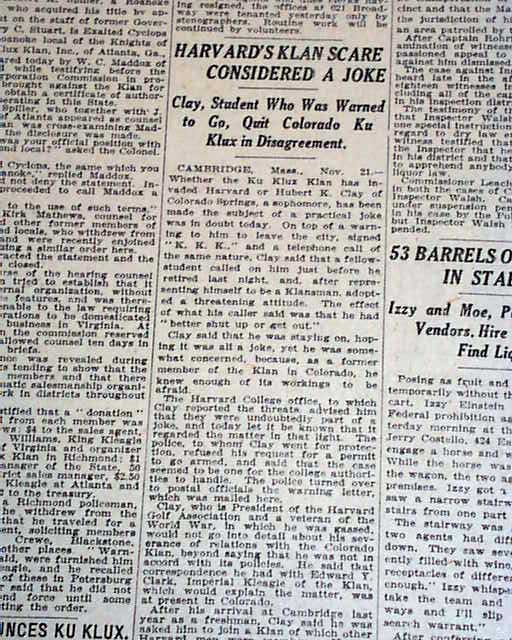 The most historic item is the page 10 report regarding the 1st woman being sworn in to the United States Senate - Mrs. W. H. Felton of Georgia.
Page 23 has 3 separate reports concerning the Ku Klux Klan during the roaring twenties. Among the headings include: "WALSH SAYS KLAN THREATENS PARTIES" "SUIT FILED TO OUST KLAN FROM KANSAS" and "Harvard's Klan Scare Considered A Joke" with all having subheads. (see)
Complete with all 44 pages, light toning, a little irregular along the spine, generally very nice.