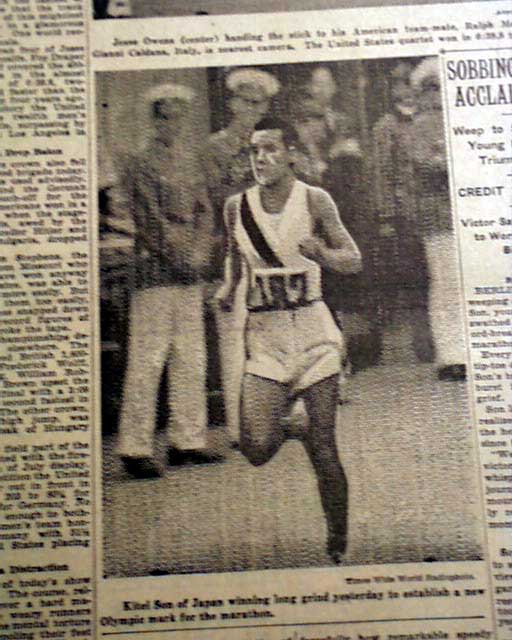 The top of the front page has a two column heading: "Japanese Smashes Olympic Mark To Take Marathon by 600 Yards" with subhead. (see) The top of page 12 has a banner headline: "Japanese Runs Fastest Marathon in Olympics History to Win by 600 Yards" with subheads and photos.
Much more on the 1936 Summer Olympics with Jesse Owens reports.
Complete with all 26 pages, light toning and a little wear at the margins, small library stamp within the masthead, generally good.