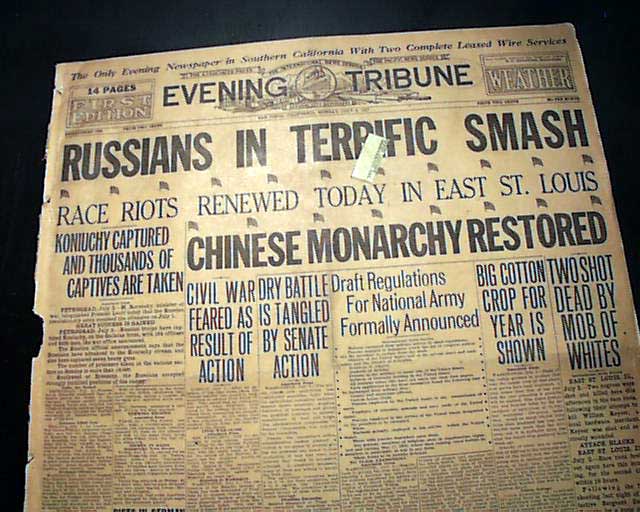 The front page has a banner headline: "Race Riots Renewed Today In East St. Louis" with subhead. Coverage on the East St. Louis race riot which was considered one the worst in U.S. history.
Complete with 14 pages, loose with some wear along the spine, small library label just above the mentioned headline, light toning.