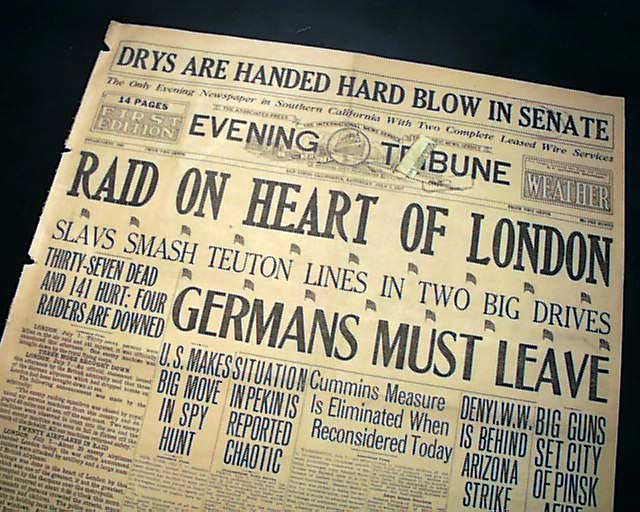 The front page has a nice banner headline: "RAID ON HEART OF LONDON" with subhead. (see) Nice for display. First report coverage on one of the German bomber raids over London, England during World War I.
Complete with 14 pages, small library label within masthead, a little irregular along the spine, generally good.