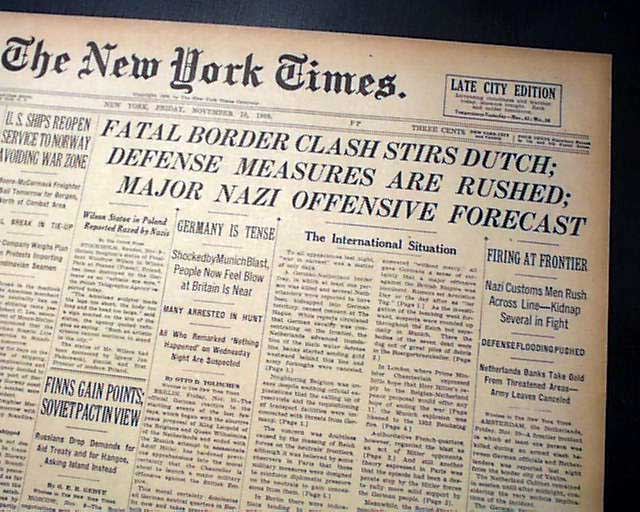 The top of the front page has a five column headline: "MAJOR NAZI OFFENSIVE FORECAST" with subheads that include: "Germany Is Tense" "Shocked by Munich Blast, People Now Feel Blow at Britain Is Near" "Many Arrested In Hunt" and more. Much more on page 3 with related photos. Always nice to have notable events in history reported in this World famous publication.
Other news, sports and advertisements of the day. Complete in 48 pages, light toning at the margins, nice condition.