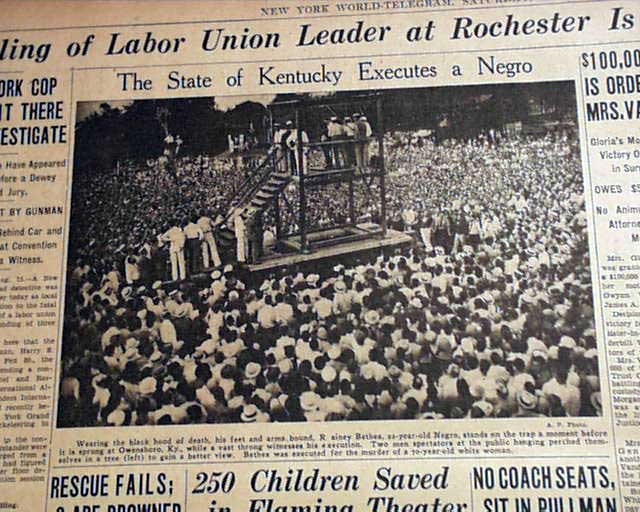 Page 2 has a infamous photo of the last public execution in the United States. This photo measures 8 x 5 inches and has the heading: "The State of Kentucky Executes a Negro" with brief text underneath.
Complete with 38 pages, light toning and minor wear at the margins, some small binding holes along the spine, generally good.

wikipedia notes: Rainey Bethea was the last person publicly executed in the United States. Bethea, who confessed to the rape and murder of a 70-year-old woman named Lischia Edwards, was convicted of her rape and publicly hanged in Owensboro, Kentucky. Mistakes in performing the hanging, and the surrounding media circus, contributed to the end of public executions in the United States.