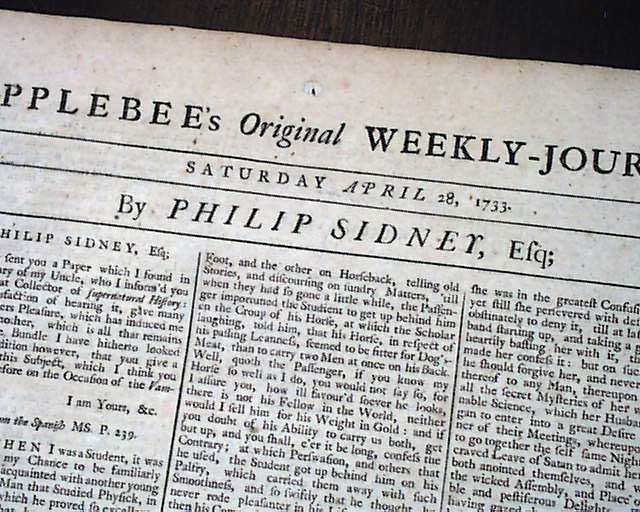 Three American items in this 1733 newspaper...

A quite rare title which existed from 1720-1737 with most of the news reports on pages 2 and 3.
The news is almost entirely of British interest however page 3 has several items of interesting interest. A report mention a member of the Assembly of Charleston, South Carolina; mention of ships from Maryland carrying tobacco; and an item noting: "...Parish of St. Botolph...follow'd the example of the Corporation of Liverpool & he collected 34 pds. 8 shilling towards settling the Colony of Georgia."
Four pages, 9 1/4 by 14 inches, red tax stamp on the front page, very nice condition.