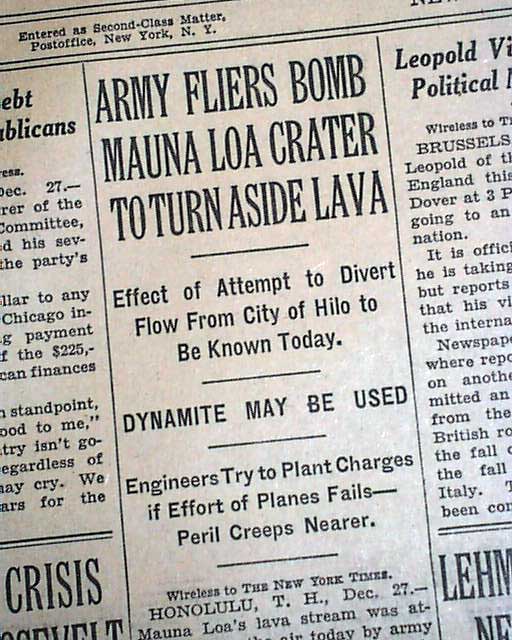 The top of the front page has a one column heading: "ARMY FLIERS BOMB MAUNA LOA CRATER TO TURN ASIDE LAVA" with subheads. (see)
Other news, sports and advertisements of the day. Complete in 32 pages, light toning at the margins, nice condition.

wikipedia notes:  On 27 December 1935, the Mauna Loa volcano on the island of Hawaii erupted, threatening the city of Hilo. Six Keystones of the 23d used precision bombing tactics to drop twenty 600-pound bombs in the path of the volcano’s lava flow, thus saving the city of Hilo by diverting the lava away from the city.