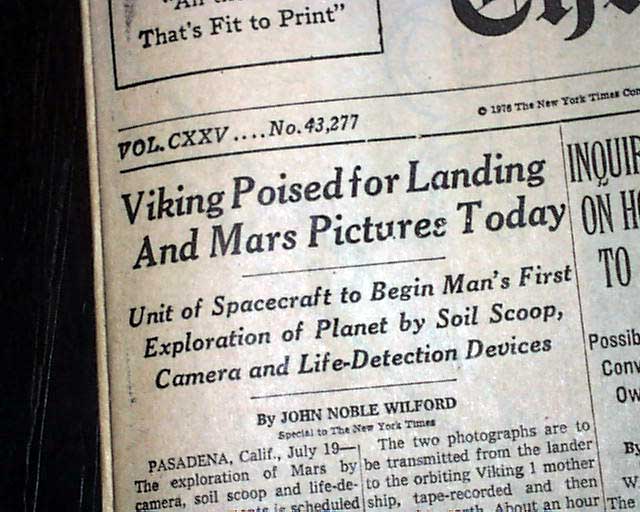 The top of the front page has a two column heading: "Viking Poised for Landing And Mars Pictures Today" with subhead. Coverage continues inside with 2 related photos. Viking 1 was the first spacecraft to successfully land on Mars and perform its mission. This would be achieved on this day.
Other news sports and advertisements of the day. Complete with 64 pages, light foxing along the central fold, generally very nice.