Home > Back to Search Results > Mention of the hated Stamp Act..
Click image to enlarge 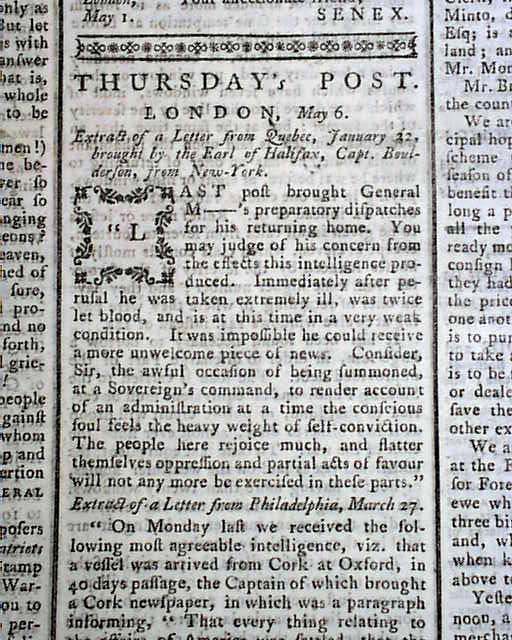 Mention of the hated Stamp Act..


THE GLOCESTER JOURNAL, (spelled Gloucester today), England, May 12, 1766  The front page has a letter from Quebec as well as a letter from Philadelphia which notes in part: "...every thing relating to the affairs of America was settled, that the Stamp Act would be repealed and requisitions were to be made to the respective colonies for the support of American establishment...".
Four pages, handsome masthead, red tax stamp on the front page, nice condition.