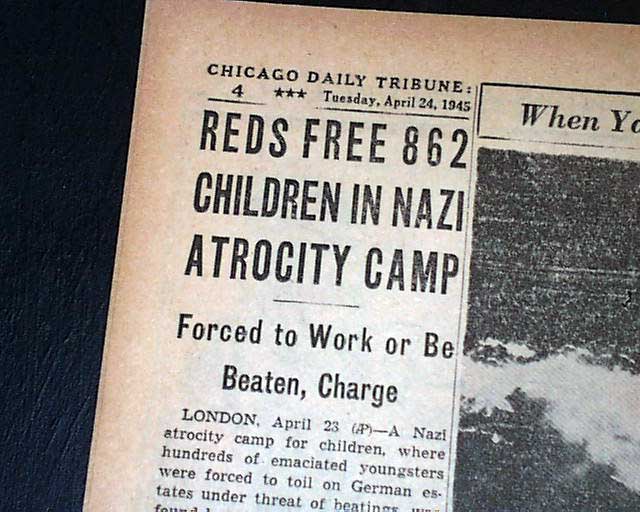 The top of page 4 has a one column heading: "REDS FREE 862 CHILDREN IN NAZI ATROCITY CAMP" with subhead. (see) First report coverage of a concentration camp for children that was found by Russian troops in Poland. What better evidence to confirm of what really happened then having a 1st hand account from the day it was first reported.
The front page has a nice headline concerning the nearing end of Nazi Germany.
Other news, sports, and advertisements of the day with much on World War II. Complete in 28 pages, light toning at the margins, small address stamp within the masthead, some small binding holes along the spine, generally nice.