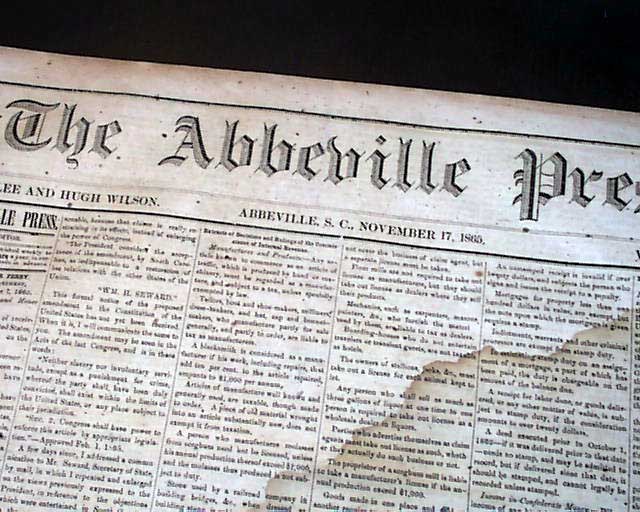 
THE ABBEVILLE PRESS, South Carolina, Nov. 17, 1865  An elusive title from this Southern town shortly after the end of the Civil War.
Abbeville has the unique distinction of being both the birthplace and the deathbed of the Confederacy. On November 22, 1860, a meeting was held at Abbeville, at a site since dubbed "Secession Hill", to launch South Carolina's secession from the Union; one month later, the state of South Carolina became the first state to secede.
At the end of the war with the Confederacy in shambles, Confederate President Jefferson Davis fled Richmond and headed south, stopping for a night in Abbeville at the home of his friend Armistead Burt. It was on May 2, 1865, in the front parlor of what is now known as the Burt-Stark Mansion that Jefferson Davis officially acknowledged the dissolution of the Confederate government, in the last official cabinet meeting.
The front page has correspondence between President Johnson and the governor of S. Carolina, one Johnson letter noting: "...I hope that your legislature will have no hesitation in adopting the amendment to the Constitution...abolishing slavery. It will set a example which will, no doubt, be followed by the other states...I trust in God that it will be done...".
Four pages, wide, untrimmed margins, water staining causes no loss of readability, good condition. 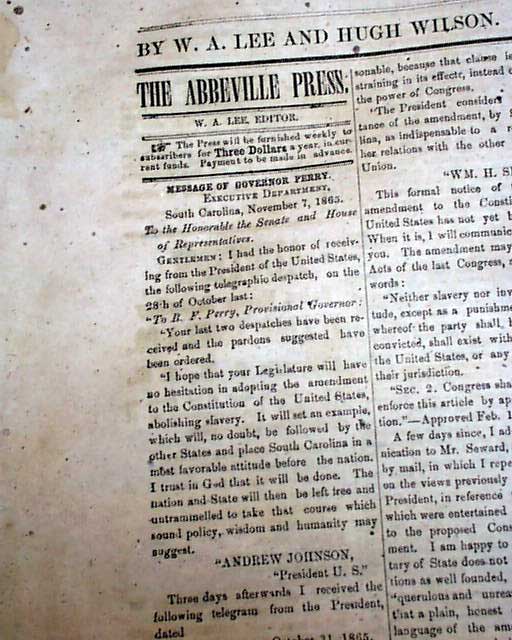 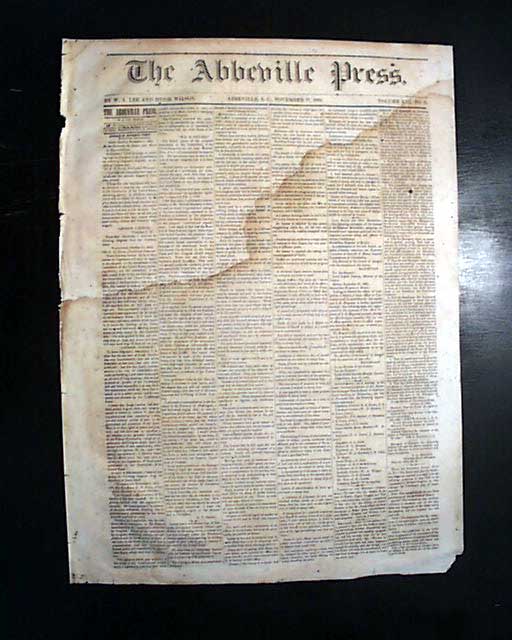 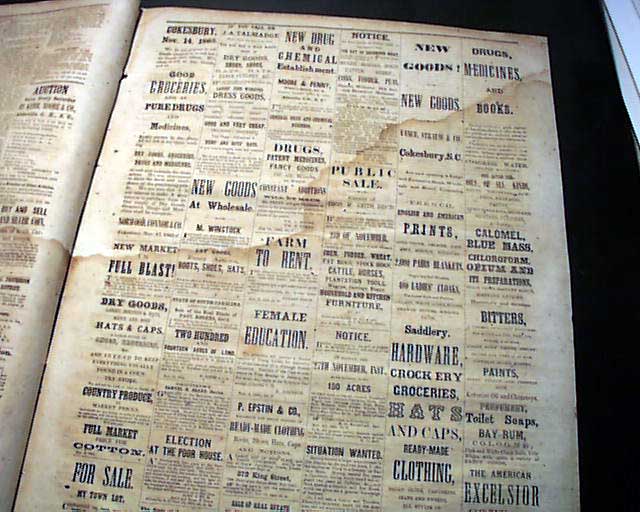