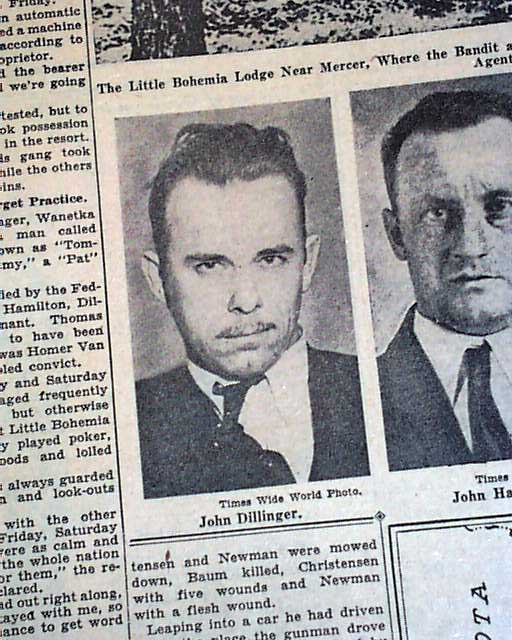 The top of the front page has a three column headline: "DILLINGER ESCAPES POSSES AFTER RUNNING FIGHTS; TWO KILLED, FIVE WOUNDED" with subheads. (see) Much more on page 3 with related pictorial and map. First report coverage on the famous John Dillinger shootout escape at the Little Bohemia Lodge in Wisconsin.
Forty-six pages, various cutouts throughout including one on page 3 (see), but I believe all Dillinger text is present, light toning and minor wear at the margins as well, sold as is.