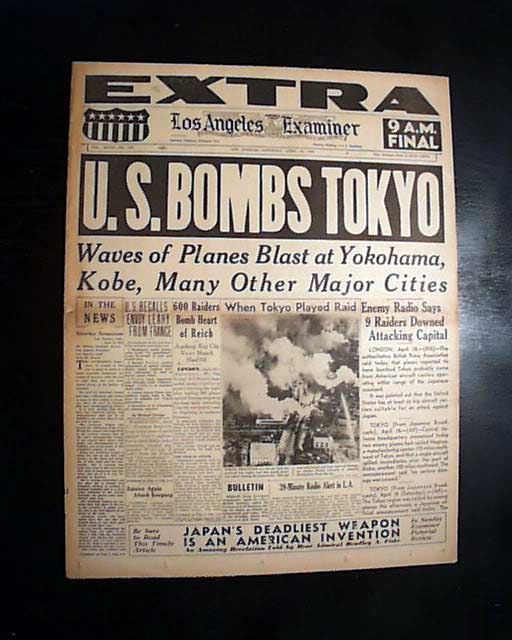 The front page has a terrific banner headline in white lettering within a black background: "U.S. BOMBS TOKYO" with banner subhead: "Waves of Planes Blast Yokohama, Kobe, Many Other Major Cities" and more. Great for display. Detailed map on page 2 . (see) This was the famous Doolittle raid on Japan. It was not known at the time that James "Jimmy" Doolittle was involved due to secrecy. Nice to have in a West Coast publication.
Complete 1st section with pages 1-16, light toning and very minor wear at the margins, generally nice.