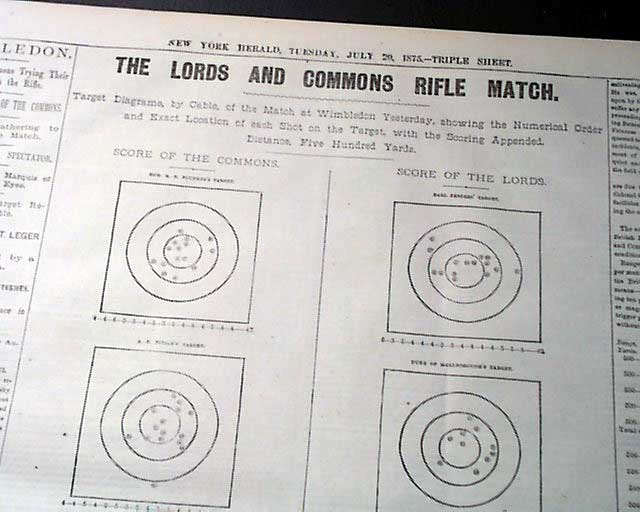 Page 3 has a great group of target diagrams with headline: "THE LORDS AND COMMONS RIFLE MATCH" and more. Also one column headings that include: "WIMBELDON" "Lords and Commons Trying Their Skill with the Rifle" "A Brilliant Gathering to Witness the Match" "Princess Louise A Spectator" and more.
Complete with 12 pages, nice condition.