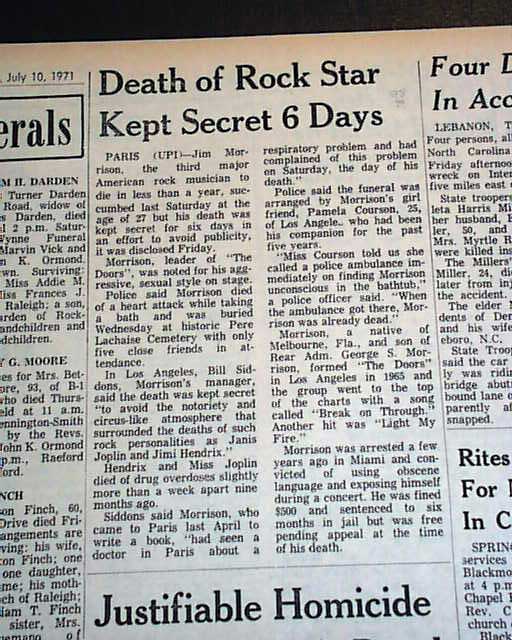 The top of page 16 has a two column heading: "Death of Rock Star Kept Secret 6 Days" Coverage on the mysterious death of The Door's lead singer, Jim Morrison.

wikipedia notes: Due to his wild personality and performances, he is regarded by critics and fans as one of the most iconic, charismatic and pioneering frontmen in rock music history.

Other news, sports and advertisements of the day. Complete in 24 pages, a few binding holes along the spine, otherwise nice.